Indonesia and Malaysia, the world's two largest palm oil producers and exporters, will work together to counter the European Union's move to phase out the use of the biofuel in transport fuels, their foreign ministers said.

The EU agreed last month to increase renewable energy use by, among other things, cutting out the use of palm oil as biodiesel from 2030. This is part of a renewable energy directive which says 32 per cent of the EU's energy in 2030 must be from renewable sources.

"I told my counterpart that I have had correspondence with EU foreign ministers and he also said that he will write (to her)," Ms Retno told reporters, referring to EU foreign policy chief Federica Mogherini.

Ms Retno said that during a courtesy call on President Joko Widodo yesterday, Mr Saifuddin conveyed his country's intention to strengthen bilateral cooperation to counter what both sides consider a negative campaign against palm oil.

In a joint statement after the meeting, Mr Saifuddin said that as Indonesia and Malaysia supply 80 per cent of palm oil globally, they must be united and enhance collaboration against trade barriers.

"We have agreed we must be united on this issue and I have talked to the respective minister in Malaysia as well as Ms Retno, and (we) concurred that we must intensify our discussions," he said. 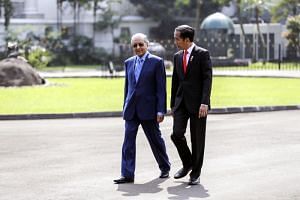 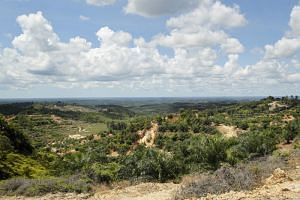 Mr Saifuddin also noted that both governments need more concerted measures to tackle the problem. His statement echoed Malaysian Prime Minister Mahathir Mohamad's remarks during a meeting with Mr Joko last month that their countries must tackle the EU's discriminatory policy on palm oil together.

Indonesia and Malaysia have teamed up with their fellow producers under the Council of Palm Oil Producing Countries to take down trade barriers against the biofuel, which has wide applications for products from chocolate and ice cream to soap and cosmetics.

While non-government organisations and industries of other vegetable oils have led campaigns against palm oil in the past, now parliaments and governments are doing the same, with the most notable being the EU measure to phase out palm oil use in cars.

Yesterday, Ms Retno and Mr Saifuddin also agreed that their countries will conclude talks on border crossing agreements in the next two months.