KUALA LUMPUR (REUTERS) - Oscar-winning actor George Clooney was criticised by LGBT+ activists on Tuesday (May 14) after he called a boycott of luxury hotels owned by Brunei a "warning shot" to Indonesia and Malaysia should they consider introducing similar anti-gay laws.

Mr Clooney in late March led calls for a boycott of nine hotels owned by Brunei because of plans by the small South-east Asian country to impose the death penalty - including by stoning - for gay sex or adultery as it rolled out further Islamic laws.

Following a global outcry, the sultan of the oil-rich state last week said the death penalty would not be imposed.

Appearing on American talk show "Ellen", the Ocean's Eleven actor discussed the boycott and economic pressure that followed after the announcement of the new laws and the U-turn.

"It's not fixed yet... but it's a huge step forward after this giant leap backwards," Mr Clooney last Friday (May 10) told the show's host Ellen DeGeneres, who also publicly backed the boycott.

"It sends a warning shot over to countries like Indonesia and Malaysia - who are also considering these laws - that the business people, the big banks, those guys are going to say 'don't even get into that business'."

But Mr Clooney's remarks sparked an online backlash as critics and regional activists for the lesbian, gay, bisexual, transgender and related communities (LGBT+) pointed out major differences between Brunei and its neighbours with majority Muslim populations. 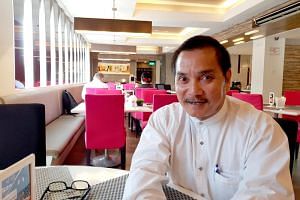 Brunei implements Islamic law: Facts about syariah around the world

"I call on George Clooney and Hollywood to listen and work together with local activists and human rights defenders on the ground," Mr Numan Afifi, president of the LGBT+ advocacy Pelangi Campaign in Malaysia, told the Thomson Reuters Foundation. "Local activists have been putting their lives at risk on the ground working for years," he said.

"His statement, while well-meaning, might also be counterproductive for our case."

Representatives of Mr Clooney did not immediately respond to e-mailed requests for comment.

"Malaysia and Indonesia are larger entities and have some democratic processes that, although not perfect, they work," Mr Oetomo said. "Pressure from within is more possible in both countries, though it is frustratingly slow and protracted."