Judge Azahari Kamal Ramli issued the order when hearing an application for a revision of the case against Alister Cogia on Wednesday (March 13).

He directed Alister, 22, to be referred to the Sentosa Hospital in Kuching to be observed for a month, after which the hearing will resume on April 16.

The application was filed by a legal team led by Batu Lintang assemblyman See Chee How on Tuesday.

"Our application is for two things. One is to send him for observation at the Sentosa Hospital. The second one is to look at the notes of the proceedings because there are certain issues that need to be litigated on the question of whether there is any failure of justice," Mr See told reporters after the hearing.

He said the prosecution agreed with the first issue of sending Alister for mental observation first.

"We will come back on April 16 to continue on the second issue, if necessary, whether there was anything wrong in his conviction and sentencing, unless he is proven to be mentally unfit," he said. 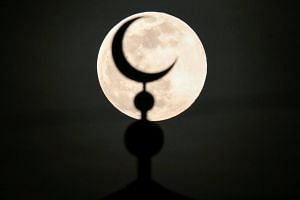 Mr Orlando Chua appeared for the Advocates Association of Sarawak as amicus curae (friend of the court).