The family of Irish teenager Nora Quoirin, whose body was found after a 10-day search, waited anxiously yesterday for the results of an autopsy by Malaysian authorities, which was still under way last night.

There is no immediate evidence of foul play in her death and the family's lawyer, Mr Sankara Nair, said they expect a thorough investigation into the incident, including exploring any criminal angle.

The naked body of Nora, 15, was found on Tuesday, after she went missing from a rainforest resort in Seremban, about 50km south of Kuala Lumpur.

Her body was found by a stream in a ravine, just 2km away from The Dusun eco-resort where she and her family had been staying.

The area where she was found is difficult to access, and her body had to be winched by helicopter before being airlifted to the Tuanku Jaafar Hospital in Seremban.

"I advised them not to discount anything," even if there is currently no evidence suggesting any criminal elements, Mr Nair told The Straits Times.

Malaysian police should also accept an offer by French Foreign Minister Jean-Yves Le Drian to assist in investigations, he said.

"They offered to do joint investigations and I hope the police will accept it because it is good to have additional assistance," Mr Nair added.

Mr Nair said a report on the post-mortem would be forwarded to the Attorney-General's Chambers (AGC). "It is up to the AGC to decide whether there is a need for an inquest. Normally a sudden death would invite an inquest," he said, adding that the police findings were also important.

Negeri Sembilan deputy police chief Che Zakaria Othman told a news conference yesterday that the post-mortem began at 11am and was ongoing at 8pm.

Nora was born with holoprosencephaly, a rare congenital brain malformation, and had learning difficulties. 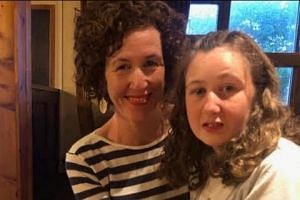 Police said they had previously combed the area where she was found, raising questions as to why she was not spotted then.

A statement issued by the family thanked all those involved in the massive search for Nora. It said: "Nora is at the heart of our family. She is the truest, most precious girl and we love her infinitely. The cruelty of her being taken away is unbearable. Our hearts are broken."

The teenager's body was identified by her parents on Tuesday night.

Malaysia's Deputy Women, Family and Community Development Minister Hannah Yeoh and several counsellors were on standby yesterday at the hospital for support. Ms Yeoh said: "We are prepared to offer counselling to the victim's family but we also understand their need for space to cope with the shocking news."

The Quoirin family, who live in London, had checked into the eco-resort in a dense rainforest on Aug 3 for a two-week holiday.

The next morning, the family discovered that Nora was not in the room which she shared with her younger siblings, and a window was ajar.

Her family had said that Nora was not independent and would not go anywhere alone.

The girl's family had on Monday offered a reward of RM50,000 (S$16,600) for information leading to her return. Nearly 350 personnel were involved in the search and rescue efforts, including Orang Asli trackers and elite commandos.