The Asean Community may get today's headlines, but one of its three pillars, the Asean Economic Community (AEC), is probably more familiar to most people. The other pillars are the political-security and socio-cultural communities. That is because economic cooperation is a key focus for Asean members to improve the lot of their citizens. Insight looks at what the AEC entails.

Ten years ago, leaders of the 10 countries in Asean gathered in Kuala Lumpur for a summit to take stock of their efforts at economic integration.

Just two years earlier, in 2003, they had committed to declaring a region-wide economic community by 2020.

But, heartened by the progress they had made, they agreed to bring forward the deadline for a region-wide economic community by a full five years.

Today, the Asean Economic Community (AEC) - due to come into formal effect next month - is close to becoming a reality for the 625 million people of the region.

This number is larger than the populations of North America or the European Union. It also makes Asean the world's seventh-largest economy.

Clearly, the AEC is an extremely attractive common market and regional production base.

As barriers to the free movement of goods, services and capital gradually diminish, businesses, citizens and would-be investors - within Asean or outside - can consider South-east Asia as a whole when deciding where to invest or open a production facility.

To help this process, Asean members have agreed to cooperate more closely on a range of areas.

These aim to harmonise economic strategies in areas such as human resource development, recognition of professional qualifications, and closer consultation on macroeconomic and financial policies.

They have also agreed to enhance connectivity of infrastructure as well as communications, develop and facilitate electronic transactions, integrate industries across various countries to promote regional sourcing, and enhance private-sector involvement in the economy.

In short, the AEC will transform the Asean economy into a region with free movement of goods, services, investment and skilled labour, and freer flow of capital.

Eight groups of professions will enjoy easier access to regional talent, and professionals in these fields will be able to work in another country more freely. These are: engineers, architects, nurses, doctors, dentists, accountants, surveyors and tourism professionals.

As for investment potential, each member state has attractive characteristics for investors. Some have substantial young populations, while others have abundant natural resources and low-cost labour.

The declaration of the AEC - on schedule - is also timely. 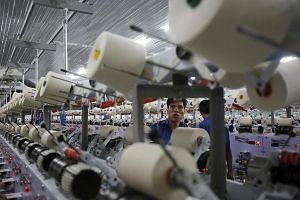 What remains to be done? 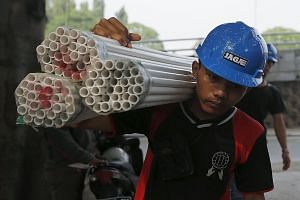 What is in it for Singapore? 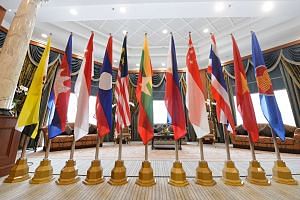 FAQs on the AEC

China, the world's No. 2 economy, has seen a sharp slowdown, making investors and businesses here look for other markets to enter.

Speaking at the 12th China-Asean Expo in September, then Minister of State for Trade and Industry Lee Yi Shyan pointed out that Singapore needed to stay nimble and take advantage of faster-growing markets, such as Asean, in the light of China's slowdown.

"A stable, growing and prosperous Asean is very important for our economy. In the end, we must have the ability to adjust and take advantage of markets that are growing faster," he said.

Leaders also hope that stitching the 10 member states together economically through the AEC will enhance regional cooperation in other fields, and help ensure that Asean remains relevant as big powers come courting.

Unwilling to directly confront one another over contentious issues, such as the South China Sea territorial claims, the United States and China are likely to step up bilateral engagement with Asean members to push their respective agendas, S. Rajaratnam School of International Studies researcher Angela Poh noted.

Analysts added that sharing a common economic platform, together with a growing range of shared interests in security and social cooperation, will hopefully underscore the importance of unity across Asean.