KUALA LUMPUR (THE STAR/ASIA NEWS NETWORK) - Malaysia's Immigration Department should not impose a blanket ban on individuals who could be entering the country for the banned Better Beer Festival and gay party, said Datuk Seri Liow Tiong Lai.

The MCA president expressed surprise and disagreement with a statement by Immigration Department director-general Datuk Seri Mustafar Ali on Saturday (Sept 23) that the latter's department was working with the police and the Malaysian Islamic Development Department (Jakim) to ban individuals flying in for the banned beer festival and gay party.

Liow said that Jakim should not be involved with the Immigration blacklist.

"Drinking may be a sin in Islam, but for non-Muslims, we still have our freedoms and choice to drink or not. It's not up to them to decide and MCA will continue to fight for our right to do so," he added.

"I may be a vegetarian, and don't drink, but I recognise other people's freedom to drink. So what sort of name list does Jakim have?" said Liow.

He reiterated that the situation was different if the list consisted of terrorists or rabble-rousers.

Speaking after launching the Selangor MCA state convention, Liow said cancelling the beer festival for security reasons was understandable but this did not necessitate banning people from entering the country. 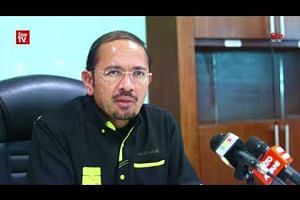 "If it's for the gay party, that's a separate topic. We can respect some of the homosexual community's viewpoints, but their lifestyle is not recognised in Malaysia," said Liow.

During his speech to the delegates, Liow praised Selangor MCA for its strong support during a run of patriotic events organised by the party, including the recent Chinese Community Patriotic Assembly at the Putra World Trade Centre.

Several MCA veterans from Selangor divisions were also honoured for their years of service to the party during the state convention launch.