Malaysian Prime Minister Najib Razak's drastic Cabinet reshuffle on July 28 is the latest twist in the ongoing 1MDB scandal. The move has been parsed by commentators in mostly negative fashion. We round up some of the opinion pieces.

Time magazine's conclusion: US President Barack Obama, who had been cosying up to Malaysia as a potential regional ally, would do well to give the scandal-ridden Najib a wide berth.

The magazine's piece is also a crash course for Western readers who might not have been following the convolutions of the 1MDB saga. It lays out in five succinct points some of the scandals and policy reversals which have dogged the Malaysian PM since he took office, beginning with a quick precis of 1MDB. 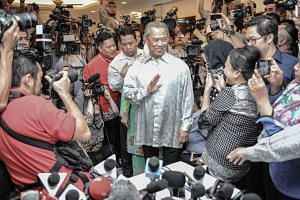 Australia's Financial Review newspaper pulls no punches with its frank commentary, saying that Malaysia is now part of a dismaying trend of once-stable, now shaky, polities in Southeast Asia.

It labels 1MDB as the most "egregious example of the Malaysian entities that have grown off the back of the Malay preferences established under Najib's father, which the Prime Minister once said needed to be reformed to make the country more competitive", and concludes that perhaps Umno has been in power too long, contributing to the decline of democracy in the country. 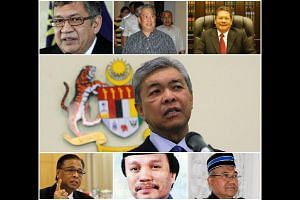 Malaysia's Cabinet reshuffle: Who's in, who's out

East Asia Forum, based out of Australian National University's Crawford School of Public Policy, offers an analysis of the historical roots of Malaysia's current political woes, laying the blame firmly at the door of Dr Mahathir Mohamad.

Writer Dan Slater traces the origins of the current crisis to Dr Mahathir's increasingly strongarm tactics and his economic policies, and compares Najib's current tactics to similar moves by Dr Mahathir in the 1990s.

He concludes that Malaysia's opposition needs to rise to the occasion, or Umno needs a new generation of leadership if Malaysia is to overcome its current crisis.

It all starts with 1MDB

Najib fortifies his position, or so he thinks

FreeMalaysia.com's Scott Ng says that Prime Minister Najib Razak's Cabinet reshuffle is a move to surround himself with loyalists who will defend him against attacks over the 1MDB scandal. 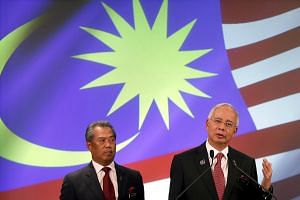 But the abrupt removal of deputy Prime Minister Muhyiddin Yassin could also alienate the Malay ground, he says, because the community has seldom reacted kindly to the removal of one of their leaders.

Najib's actions are the desperate flailings of a drowning man, he says, not the savvy machinations of a Machiavellian politician.