Dark clouds fill the horizon where the Ayeyarwady river meets the Andaman Sea. In Thingangyi village on the Myanmar coast, gleeful children hop around on a beach littered with the remains of two collapsed bamboo huts.

As the wind whips the tops of coconut trees, Mr Thet Naing Tun latches the door of his home, 50m from the water's edge. His mother-in-law, 60-year-old Hla Win, wraps a blanket around her shoulders.

"I don't think we can stay here in the long run," the 28-year-old fisherman says. "Some people have already moved away."

His bamboo-framed, nipa leaf-covered home has already been moved inland twice - once when the sand under it disappeared into the sea, and the second in August this year, when storms were so strong they threatened to destroy the hut. Each time, he had to get the help of 30 neighbours to haul the house farther away from the shore.

Thingangyi lies at the end of a rocky road over an hour's drive from the heart of Labutta township, which was hit the hardest when Cyclone Nargis struck Myanmar 10 years ago, killing over 140,000 people. As many as 80,000 died in Labutta. Today, the region is still struggling to recover, but dramatic changes to the climate will worsen the challenge.

A study in 2016 by the Myanmar Climate Change Alliance (MCCA) - which comprises the United Nations settlements and environment agencies and Myanmar's Ministry of Natural Resources and Environmental Conservation - with environmental group World Wildlife Fund and Columbia University, found disturbing projections for the flat, fertile but highly vulnerable delta region.

Temperatures in Labutta are expected to rise by as much as 2.3 deg C in 2050, with up to 17 more hot days a year. More rain is projected to fall over a shorter rainy season, concentrating rainfall into intense bursts. With higher temperatures, more evaporation and moisture in the atmosphere, strong winds and more cyclones are expected, the report said. Sea levels are projected to rise by up to 41cm by 2050. This means salt is expected to taint more groundwater, making finding drinking water and irrigating farmlands a challenge.

The rapid loss of mangroves has made Labutta more vulnerable. Mangroves filter saltwater, stop erosion and provide habitats for fish vital to the local economy. Yet, between 1978 and 2011, mangrove coverage - after being converted to farmland, among other things - dropped 64 per cent, the report said. Without intervention, the mangroves could completely disappear next year, it said.

With few alternative livelihoods, outward migration is already high, especially among young men. "Incomes will at best stagnate and may well decline (in Labutta)," the report warned. "And in this case increased migration is highly likely."

These "climate refugees" tend to head to cities like Yangon, or even other countries, to take up low-skilled work, say locals.

"Some people have gone to Thailand, Malaysia and Singapore," Mr Thet Naing Tun says, as his seven-year-old son settles into his lap. The boy's mother is busy at a rice field inland, having been called away at the last minute to earn an extra 5,000 kyat (S$4.30) for the day.

"Five women from my village are working in Singapore as maids, and another three are attending an English course to prepare to work there," he says. 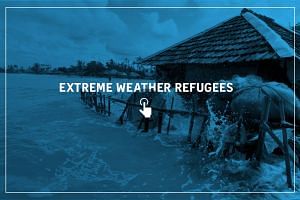 But the stories of neighbours who went to Yangon to work as labourers have not been encouraging.

Like the other homes in the village, his hut has bamboo-framed windows and a separate cooking area at the back, a solar panel on its roof and even a small satellite dish out front. But there is no toilet.

"Our toilet? In the bushes," his neighbour and sister-in-law Ohn Myint says with a laugh. "We get up early, at 4am, to go to the bushes. Everybody does it."

They used to have toilets in homes provided by the government farther inland after their village was decimated by Nargis. But their new homes were too far from the sea, which they depended on for food and income. Gradually, the fishermen and their families returned to the shore, disregarding the warnings by officials that it was too dangerous.

"This house will collapse in a storm," Ms Ohn Myint admits. "If the storm comes, we will just abandon our houses and run away." Building a sturdier home will require them to find a space inland - too far from their fishing boats.

Mr Thet Naing Tun, meanwhile, has seen his catch drop to one-third of what he used to get 14 years ago, when he first started fishing. In the rainy season, when bad weather grounds the boats, he needs to borrow money from the local fish broker to pay his bills.

"I feel the change," he says. "Before Nargis, even if there was a strong wind, the water would stay on the beach. Now, every time the wind is strong, the water enters the village."

He is pinning his hopes on his son. "I want him to study till 10th grade. I hope he can go to the city and hold a pen and sit in the shade."

Over the past two years, the MCCA ran an aid programme in Labutta developed through consultation with the local community, says Mr Shashank Mishra, UN-Habitat's Yangon-based disaster risk reduction programme manager. A cyclone shelter and a water tank to harvest rainwater were built. Some mangrove was replanted, and training on sewing, accountancy and management was given to women. Carpenters were taught how to build sturdier homes.

Migration, he says, cannot be stopped, but reducing vulnerability to climate change can help control the rate of migration. It can also raise the migrants' incomes and help maintain their dignity.

Case studies from the Labutta programme will be documented, distilled for lessons, and disseminated across Myanmar and perhaps other parts of the world, he says.

The MCCA has designed a toolkit to help local communities assess their own vulnerability to climate change, and design their own responses. Given that climate trends are not static, such assessments and adjustments may well become a constant feature of governance.

"New vulnerabilities can emerge. It can shift, it can decrease, it can change in the future," Mr Mishra tells The Sunday Times. "So we may have to repeat the whole process." 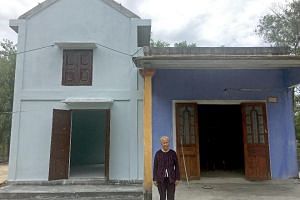 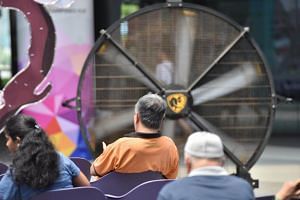 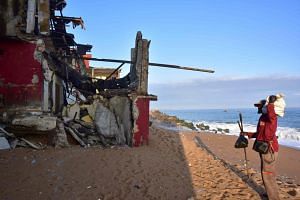 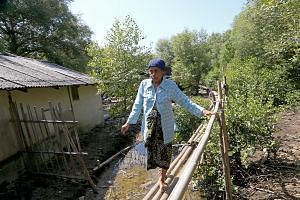 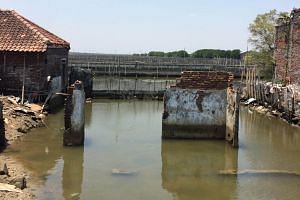 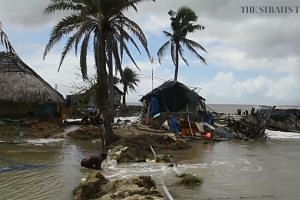