Malaysia's plan to lower the minimum price at which foreigners are eligible to buy homes is meant to tackle the property glut, but analysts warn it could create a property bubble instead.

Last week, the government announced that it will lower the threshold price from RM1 million (S$330,000) to RM600,000 per condominium unit, in a bid to reduce the number of unsold apartments, which are worth RM8.3 billion, in Malaysia's major cities.

Mr Azrul Azwar, chief economist at conglomerate Johor Corporation, said the move could encourage developers to build more high-rise units priced above RM600,000 each, as well as spur property owners to jack up their prices in the secondary market, leading to a bubble.

"Developers should be compelled by market forces to bring down their selling prices as part of corrective measures to bring the oversupplied high-rise residential property market back to equilibrium," he said.

He added that the government should instead punish property developers with hefty fines for unsold units.

The new policy has also roused fears of a "foreign invasion" of buyers from Singapore, Hong Kong and China.

Mr Azrul notes that the new policy could reduce much of the southern state's property overhang.

It is "almost certain to open the floodgates for Singaporeans to snap up urban high-rise properties in Johor that would cost them less than $200,000. The lower price floor is likely to help reduce much of (Johor's) property overhang but at the cost of a foreign invasion, particularly from Singapore, Hong Kong and China", the economist told The Straits Times. 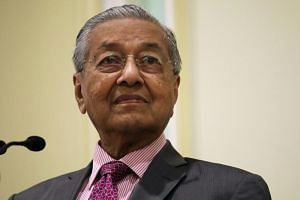 Finance Minister Lim Guan Eng has clarified that the lowered threshold is only applicable to existing condominium and apartment units that are unsold. It will also only apply from Jan 1 next year till the end of the year.

"It does not include new projects that are yet to be launched. This measure is expected to benefit the property sector without affecting the interest of Malaysians," Mr Lim said.

Experts have also accused the government of pandering to developers' profit motives with this policy, by encouraging them to build more high-end condos that most Malaysians cannot afford.

Figures from real estate consultancy Knight Frank show that 602 condo units were completed in Kuala Lumpur in the first half of this year, resulting in a cumulative supply of nearly 57,000 units.

And in the second half of this year, a further 7,197 units will enter the market.

"The pace of growth in transaction volume appears to lag behind incoming supply. Thus, the mismatch between supply and demand continues to widen," Knight Frank said in its report.

Opposition leader Ismail Sabri Yaakob has said Malaysia should emulate the Hong Kong government, which has proposed charging developers a 200 per cent tax on the estimated annual rental value of unsold units.

"This is a better alternative to control oversupply of unsold properties, hence ensuring developers build houses based on requirements and demand, not profitability and greed," he said on Monday.

"We have to sell them or developers will get into trouble. An overhang in property will result in a national crisis, which has happened in Hong Kong and Tokyo due to over-development," he added.