KUALA LUMPUR  - Malaysian police have identified the substance used to kill Mr Kim Jong Nam as the highly toxic VX nerve agent, classified as a weapon of mass destruction by the United Nations.

One of the two women arrested has shown side effects from contact with a nerve agent, according to the inspector general of police (IGP).

In a statement early Friday (Feb 24), IGP Khalid Abu Bakar said the nerve agent was identified in a "preliminary report" by the Centre for Chemical Weapons Analysis of the Chemistry Department, which received samples from the body of the estranged half-brother of North Korean leader Kim Jong Un last week.

The Chemistry Department had received samples from Mr Kim's eye and face, which were allegedly smeared with the poison by two female suspects.

Speaking to reporters later on Friday morning, the police chief disclosed that one of the women suffered from vomiting, but he did not give further details. 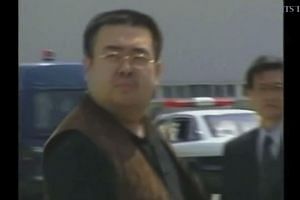 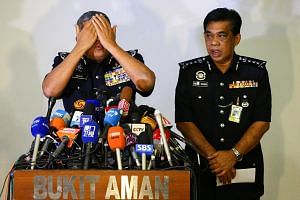 North Korea has insisted the cause of death was a "heart stroke", arguing that the two women who used their bare hands to apply the liquid as a joke are still alive, and therefore they could not have administered a deadly poison.

But Malaysian police have said the women knew the liquid was toxic, and headed to the toilet to wash their hands immediately after the attack. There are also antidotes available for VX, but they must be used quickly to be effective.

Nerve agents are the most toxic and rapidly acting of the known chemical warfare agents, and VX is the most potent of all nerve agents. Some reports say that a mere 10mg of VX is enough to be fatal via skin contact.

People may not know they were exposed to VX because it is odourless and tasteless, according to the website of the US Centres for Disease Control and Prevention (CDC).

A total of 192 states are party to the CWC, an arms control treaty, as of April last year. The list does not include North Korea, who is accused by South Korea and the United States of ordering the alleged assassination of Mr Kim.

The two female suspects, now under police remand, are said to have wiped the substance on Mr Kim's face just before he was to board a flight to Macau at the Kuala Lumpur International Airport 2 (KLIA2) last Monday. He died on the way to hospital.

Police are still seeking four North Korean suspects who fled the country immediately after the attack and are believed to have returned to Pyongyang.

Another North Korean suspect has been remanded, while three North Korean nationals are being sought to assist in investigations, including a senior official at the North Korean embassy in Malaysia.