Mention Nongsa in Batam and most people may think of upmarket beach resorts.

All eyes on Indonesia's e-commerce pie

But a $700 million technology park with an international data centre, an incubator for start-ups and apartments for technopreneurs and programmers will rise up in Nongsa, which is only a 40 minute ferry ride away from Singapore.

It is the latest project by Infinite Studios, a Singapore-based integrated media entertainment and creative services company which has produced movies and animated TV series at its Nongsa facility, including HBO Asia's Serangoon Road and The Garfield Show.

Infinite Studios' Nongsa facility will be part of the new park. The company's chief executive, Mr Michael Wiluan, told The Straits Times that the park will be a "lifestyle digital campus that basically allows people to live or play". 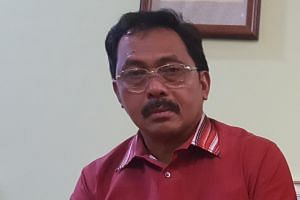 Governor vows to make it easier to do business in Riau 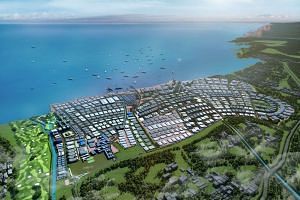 Office spaces will be open plan, well lit and well ventilated, and involve a "mixture of semi-industrial and green", which could be further customised. Golf buggies, electric cars and bicycles will ply the private roads. The park's residents will form the "backbone of technology maintenance", including in engineering backups, data processing and customer service, he said.

Mr Wiluan, an Indonesian and a Singapore permanent resident, is the son of Indonesian oil and gas tycoon Kris Wiluan, chairman of conglomerate Citramas Group which owns land in Nongsa covering the digital park, a nine-hole golf course, Nongsapura ferry terminal and Turi Beach Resort there.

Batam, an island of about 1.2 million people, has mainly heavy industries. It is close to Singapore and sheltered from natural disaster, and has lower operational costs.

"Unfortunately Batam has had a lot of negative press, people going there to have second wives, third wives, play golf," the younger Mr Wiluan said. "But Batam deserves more. It deserves a community of like-minded investors and pioneers who build the island."

Unfortunately Batam has had a lot of negative press, people going there to have second wives, third wives, play golf. But Batam deserves more. It deserves a community of like-minded investors and pioneers who build the island.

MR MICHAEL WILUAN, on how Batam has plenty of untapped potential.

The project comes as the Singapore and Indonesian governments explore ways to expand bilateral cooperation in new industries.

Mr Wiluan wants to take the lead, saying: "We were the guinea pigs ourselves and we are still there."

The park secured a second tenant, Singapore-based cashless payment company Liquid Pay, last November. It is also in talks with six international data centre operators and 80 companies, half of which have a representative office or headquarters in Singapore, Mr Bardelli added.

A spokesman for the Economic Development Board told ST the agency, "together with other relevant agencies, is prepared to link companies up with park operators and facilities managers".

Trade body Singapore infocomm Technology Federationsaid it has organised visits for companies to explore expansion opportunities on the island. Nongsa offers "a strategic location" for regional and Singapore-based tech companies looking to expand into the region, its lead for Singapore Enterprise Chapter Alicia Bok told ST.

But industry watcher Alfred Siew warned that many technology parks floundered because they did not attract enough similar businesses that support one another. "It has to be compelling enough for people to want to go there instead of Jakarta, where there (are) also talent and many start-ups," he said.

A version of this article appeared in the print edition of The Straits Times on April 26, 2017, with the headline 'Building up Batam as a work-and-play digital hub'. Subscribe
Topics:
More
Whatsapp Linkedin FB Messenger Telegram Reddit WeChat Pinterest Print Purchase Article Copy permalink