YANGON (AFP) - Myanmar police are looking for a British teacher after his colleague was found dead following a night of drinking in downtown Yangon, officers said on Sunday (Nov 6).

Local police said the 47-year-old victim, also a British man, was found dead inside his co-worker's apartment with wounds on his head and chest.

His wife told officers the pair had been out drinking on Friday night and that she had been unable to reach her husband the following morning.

She contacted the authorities on Sunday after reportedly discovering his body inside his 25-year-old colleague's apartment in Yangon's downtown riverside district.

"The victim and defendant are school teachers from Horizon International School and they are friends," a local officer told AFP on condition of anonymity.

The 25-year-old was being sought by police and remained at large, he added. 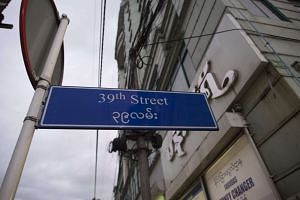 The international school, a private institution that offers kindergarten to high school classes, did not immediately respond to requests for comment.

Violent crimes involving foreigners are rare in Myanmar, a former junta-run country that still has a small though swiftly growing expatriate community and tourism industry.

In contrast, fatalities and accidents involving foreigners frequently make the headlines in neighbouring Thailand, a backpacker magnet home to a large foreign population.

In September, Thai police arrested three Americans in Bangkok after discovering the frozen body parts of another foreigner inside their freezer.

The men were charged with multiple offences and are being held in prison while they await trial.