PETALING JAYA - Leaders of Malaysia's Umno-led Barisan Nasional (BN) coalition have attributed the victory it secured in the Cameron Highlands by-election to the rise of a Malay Muslim wave, heralding the move as the first step towards reclaiming Putrajaya after being ousted from power last year.

Umno vice-president Mohamed Khaled Nordin on Sunday (Jan 27) lauded BN candidate Ramli Mohd Nor's win at Saturday's by-election which saw him becoming the first person from the indigenous orang asli community to be elected as a Member of Parliament.

Umno, the BN's biggest component party, and the fellow opposition Parti Islam SeMalaysia (PAS), had cooperated for the by-election, with PAS staying out of the contest to back the BN candidate.

"If the understanding between Umno and PAS is further cultivated and mobilised effectively, it will give rise to a large and important Malay Muslim wave that could silence Pakatan Harapan," Datuk Seri Khaled was quoted saying by The Star news website.

"Even more so when the Malays and Bumiputeras realise that the voices of the Malays in Pakatan Harapan are very small and represent a minority that is constantly ignored," he said in a media statement.

Mr Khaled said Pakatan is uncomfortable with the outcome of the Cameron Highlands polls, as it does not want to see the Malays and the opposition parties uniting and cooperating.

He noted that the result also showed that voters were confident that Umno and PAS - rather than PH member parties such as the Democratic Action Party (DAP) - were the best combination to champion the Malay and Bumiputera cause without denying other races.

Umno’s acting president Mohamad Hasan hailed the BN’s win, calling it a first step towards returning to government. “To Pakatan Harapan, the win in Cameron Highland’s is the start of Barisan’s revival. And we are not going to stop till we wrest Putrajaya, God willing,” he said according to The Star.

He added that BN and PAS would continue to collaborate for the benefit of the people. “Although we do not have a formal alliance or cooperation, both parties want the best for Malaysia. We will also continue to work together for Malay and Muslim unity,” he said. 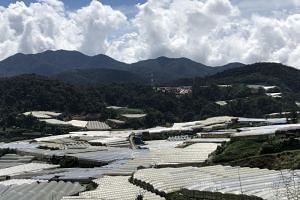 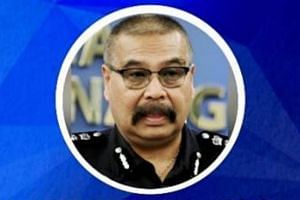 Meanwhile, former Umno president Najib Razak, who campaigned for the BN at the by-election, hit out at Mr Manogaran for claiming that the coalition had played up racial issues to win at the polls.

Mr Manogaran had previously contested for the seat and lost on a DAP ticket at last year’s election. The by-election was held after the Election Court nullified BN candidate C. Sivarraajh’s victory last year on the grounds of vote-buying by BN during the election campaign.