Tourists and residents in Bangkok bundled up as the temperature in the Thai capital dipped to 17.5 deg C on Monday (Jan 25).

This, as thunderstorms sweep into the city, cooling it even further. The Thai Meteorological Department has predicted minimum temperatures of 18 deg C to 20 deg C for the coming week, as the rest of the country experience a cold snap.

Thai students all wrapped up for the cold weather as temperatures in #Bangkok plummet to 18°C this morning pic.twitter.com/d8WNeT5DPU

Since Sunday, temperatures in northern Thailand have also hovered between 6 deg C and 10 deg C, with the met service issuing a warning on Sunday for rough sea conditions in the Gulf of Thailand, reported the Bangkok Post.

Experts have warned of severe weather change in Thailand this year, with the rainy season arriving later and a drought that will continue to affect farms across the country, reported The Nation. 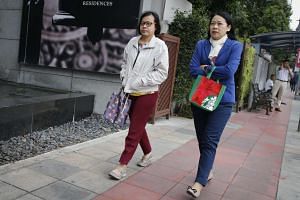 It has already hit 71 districts in 14 provinces in the north, northeast, east and central region, with the Disaster Prevention and Mitigation Department declaring these areas as natural disaster zones. 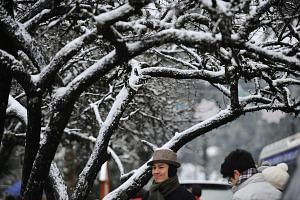 Parts of Asia have been hit by a cold spell, with temperatures in Hong Kong dipping to 3.3 deg C, its lowest in nearly 60 years; and a blizzard sweeping the South Korean resort island of Jeju, stranding nearly 90,000 people as the authorities shut the airport.

Meteorologists in China have also issued an orange alert for severe weather, as Beijing is expected to experience temperatures of minus 16 deg C, the lowest in 30 years.