BANGKOK (THE NATION/ASIA NEWS NETWORK) - So far, at least six theories have emerged on who is behind the deadly bombing at Bangkok's Erawan Shrine, which left up to 20 dead and over a hundred others injured.

The theories range from the Uighur minority from the west of China, Islamic terrorists, the anti-government red shirts to separatists from the South and the military junta itself.

Here are the theories and why they may or may not hold water:

The government repatriated more than a hundred of the Uighur people who had fled to Thailand from China and were looking to make their way to Turkey.

This move caused anger, and can be considered a motive for revenge.

Closed-circuit television footage shows a man, possibly Uighur looking, entering the shrine, leaving behind a backpack and walking out of the area shortly before the explosion. The Erawan Shrine is popular among Chinese tourists.

Police have pointed out that this type of bomb has not been previously used in Thailand, and though some entertain the Uighur theory, others say this Chinese minority does not have the ability or a level of hatred high enough to unleash an attack as deadly as this.

BBC's defence and diplomatic correspondent Jonathan Marcus was quoted as saying that this theory is possible, noting that the separatists have been "fighting Thai rule for more than a decade".

The police, however, say this type of bomb has never been used in the deep South, and Mr Marcus himself says that the separatists have never targeted the capital. Also, he said, attacks and causalities in the deep South have been dropping.

Army chief Udomdej Sitabutr said on television that this blast did not match the incidents in the South.

Reuters quoted Mr Angel Rabasa, an expert on Islamist militancy at the RAND Corporation, as saying that these groups are expanding their reach in South-east Asia.

But Mr Rabasa himself has cast doubts on this theory, as such groups usually take responsibility for their attacks.

Immediately after the attack, government spokesperson Sansern Kaewkamnerd indicated that those who had lost political power might have been behind the attack.

Subscribers to this theory claim that the "red-shirt" supporters of former prime minister Thaksin Shinawatra, wanting to undermine Prime Minister Prayut Chan-o-cha's government and sink the economy, are desperate enough to opt for such extreme measures.

Many social media users have cast doubt on this theory, saying this attack is far too cruel and indiscriminate to be carried out by Thais.

Others say the government stands to gain more by using this incident as an excuse to stay in power longer - they could claim that the country is not ready for elections and introduce more draconian measures to control the population. 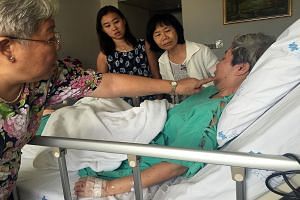 'People were screaming and running away': Singaporeans caught in Bangkok blast recount ordeal 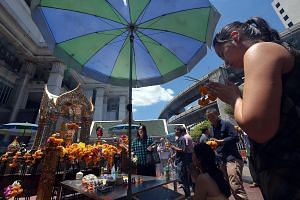 Many pro-Thaksin red shirts believe the bombing was engineered by the National Council for Peace and Order (NCPO) to prolong its stay by convincing the people that Thailand is not ready for elections, and placing the blame on the red shirts and Thaksin.

Those subscribing to this theory find the quick clearing out of the bombing site suspicious and possibly a move to remove evidence.

However, this idea has been rejected by some, who say the NCPO and the government stands to lose more from the blast, as it would have a very severe impact on Thai tourism.

They also find it difficult to comprehend that any government can commit such cruelty.

6. THOSE UNHAPPY WITH THE LATEST MILITARY RESHUFFLE

There has been some speculation that those who stand to lose from the latest military reshuffle decided to express their displeasure in a very deadly manner.

This theory has been rejected by some, who say there is no history of such extreme action being taken in response to a military reshuffle.