The Indonesian government will offer amnesty to remnants of the East Indonesia Mujahideen (MIT) if they surrender, said Coordinating Minister for Political, Legal and Security Affairs Luhut Pandjaitan.

"We will pardon them if they come out of their hideouts; after all, they are also Indonesian citizens," he said after a meeting on Thursday with the parliamentary commission overseeing matters of law, human rights and security.

Mr Luhut said the offer is part of the government's "soft approach" to resolve the threat posed by the MIT, which was led by Indonesia's most wanted terrorist, Santoso, until he was shot dead on Monday.

He added that while the government was always open to resolving the issue of local extremists through a "religious and cultural" process, "that does not mean we will not be hard on them".

"Santoso was shot because he could not respond to our soft approach," said Mr Luhut, referring to the leader of the militant group who was killed during a firefight with security forces in the jungles of Central Sulawesi.

Santoso, 39, had eluded a longstanding operation to kill or capture him. He had moved to the top of the wanted list for terrorists after he publicly declared his allegiance to the Islamic State in Iraq and Syria (ISIS). 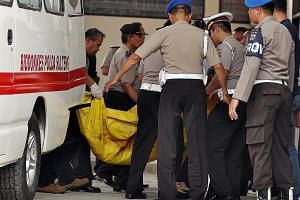 His death was widely regarded as a victory for Indonesia's war 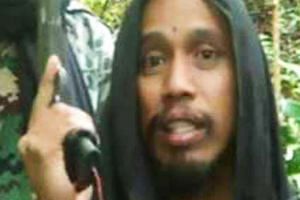 Soldiers who took out Santoso lay in wait for eight days

on terror, although there are still MIT members at large, including at least two women, one of whom is a wife of Santoso.

Mr Luhut said if the 19 remaining members of the MIT do not lay down their arms and choose to continue attacking security forces, the troops in Poso, Central Sulawesi, will respond in kind.

Over the last eight months, more than 3,500 soldiers and police officers were involved in Operation Tinombala, the kill-or- capture mission against Santoso and his men.

National Police chief Tito Karnavian told reporters yesterday that the troops will regroup and continue to go after their next targets - MIT militants such as Basri and Ali Kalora.

Basri, added General Tito, would have taken over as the group's leader after Santoso's death. He also said Santoso's body has been identified officially after various forensic testing and it will be handed over to his family for burial.

The offer of amnesty to the MIT comes after the parliamentary commission on Thursday also approved a government proposal to pardon a group of 70 rebels from Aceh, including their leader Nurdin Ismail.

Nurdin, who is also known as Din Minimi, had surrendered to the police earlier this year after four years as a fugitive.

Lawmaker Bambang Soesatyo, who is a member of the commission, said the rebels will still be subjected to due process and answer for their crimes, reported The Jakarta Post yesterday.

National Intelligence Agency director Sutiyoso said that under Indonesia's Constitution, the President has powers to pardon rebels or militants.

He said this is to build trust between former rebels and the government in a bid to prevent further conflicts.

A version of this article appeared in the print edition of The Straits Times on July 23, 2016, with the headline 'Amnesty for Santoso's men if they surrender'. Subscribe
Topics:
More
Whatsapp Linkedin FB Messenger Telegram Reddit WeChat Pinterest Print Purchase Article Copy permalink