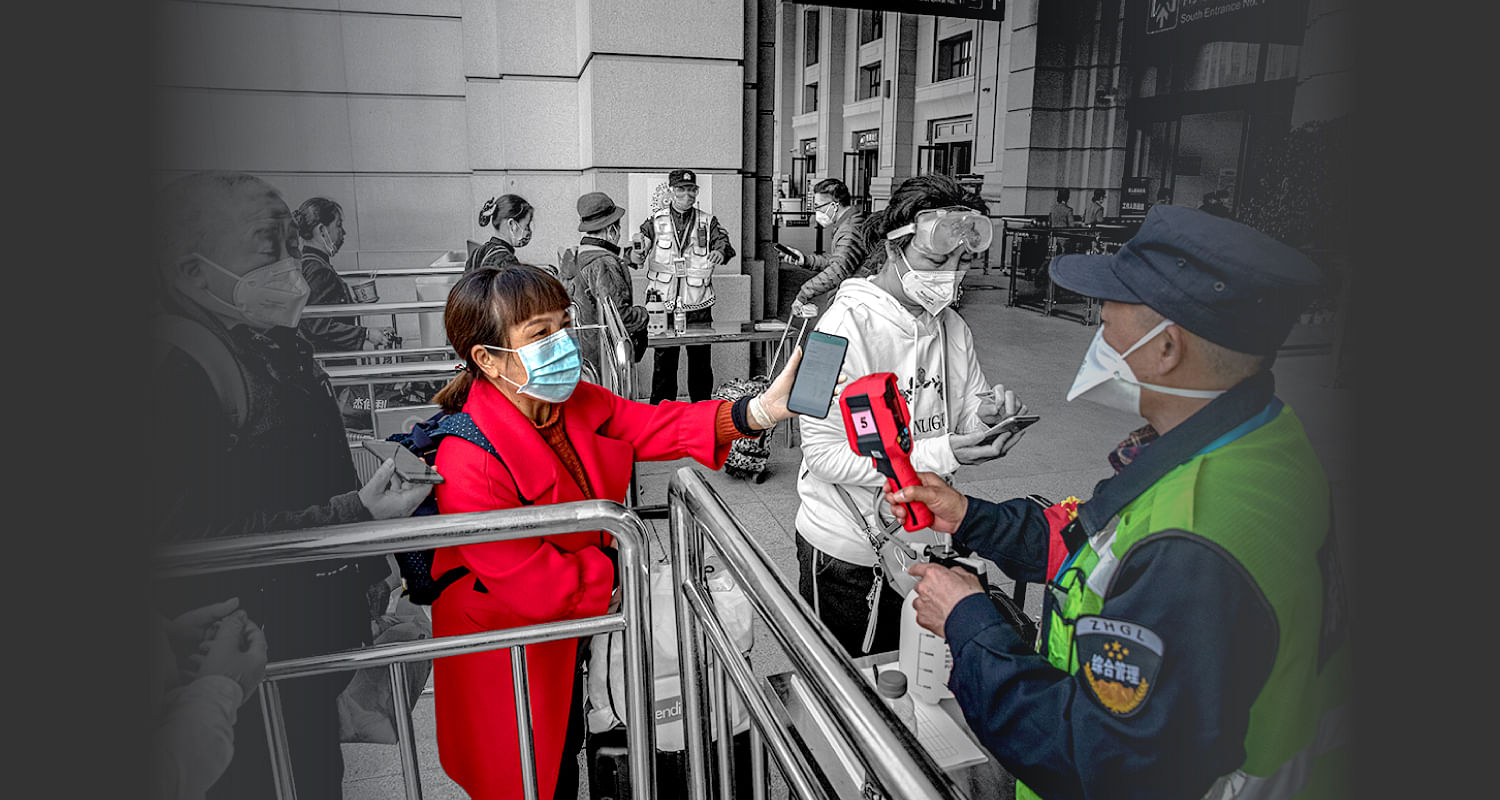 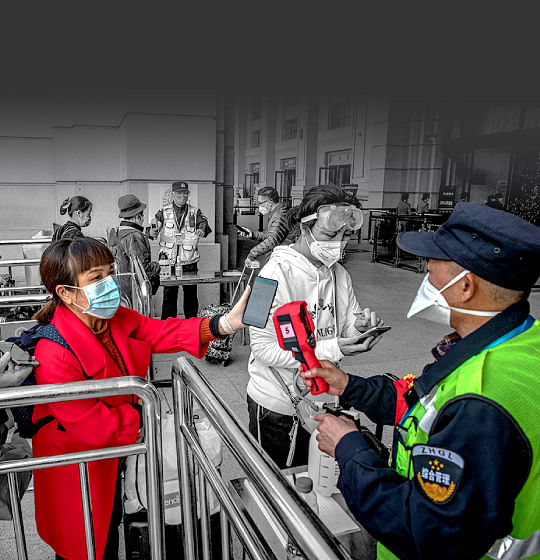 On the morning of April 12 - a Sunday - Beijing-based journalists in Wuhan woke up to a rude shock: our Beijing health codes had turned orange, which technically meant all of us should be placed under quarantine.

First, a little about health codes: These are applets developed by the Chinese government and issued through the popular WeChat messaging service or e-payment platform Alipay, both ubiquitous across China.

These were rolled out during the coronavirus outbreak in a bid to manage public health - if you had been exposed to a confirmed case or were infected yourself, the health code changes to orange or red.

This is separate from an application rolled out by the State Council - China's Cabinet equivalent - which gives you a colour code based on mobile phone location data.

Which is further complicated by the fact that different places require you to show different codes, based on the organisation or outlet's preference.

So for instance, while I'm now green on Health Kit, the foreigner-friendly version of the Beijing health code, calling up the State Council app shows me as orange since I'm in a "high-risk area", Wuhan.

But much of the data - like checking in your temperature or reporting symptoms - is based on self-reporting. There is also no quantitative data on how effective this has been though I suppose it serves as a general deterrent.

So back to last weekend's code orange.

Because most of us foreign journalists do not have Chinese IDs, the Beijing Health Kit applet is the only way to prove we're virus-free and therefore allowed into malls, shops and even taxis. We cannot get on public transport here because of the requirement for a Hubei health code, which does not have a "passport" option.

An orange code meant if local authorities wanted to enforce the rule strictly, they could technically confine us to our hotels under "quarantine".

Everyone panicked: What if we're stuck in this city all because of an unexplained change in software?

Foreigners in Beijing, too, said their Health Kit apps had turned up orange, which means they are supposed to isolate themselves.

Having technology arbitrarily decide our fate felt scarily like an episode of the dystopian anthology television series Black Mirror.

A flurry of calls to the Foreign Ministry and State Council office revealed that there had been a glitch and that it would soon be fixed.

Meanwhile, I had been turned away from a shop because I could not produce a green code though the driver of a taxi I took to an interview seemed slightly nonplussed about it.

"So many times during this epidemic, we get frustrated by such problems or even slow network, you can't let it run your life."

It made sense, but for someone surgically attached to my phone, I wondered how closely I could adhere to such a philosophy.

About two hours later, we were told the problem had been sorted and to re-enter our details.

We were green again. A sigh of relief. But bigger technological challenges were to come, as I soon found out while trying to make my way back to Beijing.

Correction note: A previous version of this article said the health code was developed by tech giants Tencent and Alibaba. Alipay merely hosts the app. We are sorry for the error.

Source:EPA-EFE, AFP and Reuters
Produced by: Elizabeth Law, Lee Pei Jie and Tin May Linn
Back to the top