In the article, the writer says that key players involved in the Hong Kong conflict need to create a country that meets the needs of all stakeholders.

BEIJING (CHINA DAILY/ASIA NEWS NETWORK) -As a long-term Hong Kong belonger, I view the evolution of the protests in Hong Kong with a great deal of distress.

We seem to have moved from peaceful protests over a single issue, to increasing violence and disruption across the board, over multiple issues that are complex and hard to address.

More importantly, the further we move into mass protests with people shouting at each other through a haze of tear gas, the harder it will be to solve these problems.

Even a massive crackdown with thousands of arrests, and the certain injuries and possible deaths that will occur, is not a good outcome for Hong Kong. You might say that one side "won", but we will probably end up with a sullen, disengaged population ruled by fearful administrators.

Not just that. Global players who don't really care for Hong Kong will be happy with any outcome that shows China in a bad light.

The Chinese central government I'm sure does not want to move the military into Hong Kong to quell these protests, but allowing Hong Kong to be paralysed to the point that movement of people, food, and trade comes to a standstill is not an option.

At the same time, the majority of protesters in Hong Kong do not want the city to descend into mayhem and stasis. And, that is where we're headed. Unless …

I'm talking about dialogue. Key players involved in this conflict need to sit down together, without preconditions, and work to understand how we got to where we are. 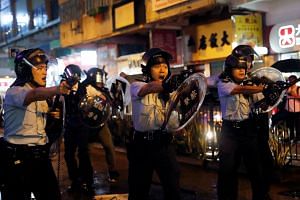 Then they need to agree on how we're going to get out of the current mess and create a Hong Kong that meets the needs of all key stakeholders.

This must include the needs of the people of Hong Kong and the government. I use the word "work" advisedly. What I am recommending is not easy, and is not for the faint of heart.

There is a way out. It is simple. And, it requires courage - on all sides.

Let's be clear. Everybody who is contributing to the current situation can be assumed to want the best for Hong Kong. You may not think this to be true, but from years of successful conflict-resolution work, I can assure you that this is always the best premise from which to start. Anything else will lead to failure.

Sometimes the idea of what is best differs. More often, the idea of what is best is actually the same for different participants, but it is communicated in a way that others think it is different. Where there are real differences, with a little bit of digging it is very possible to find creative ways to make sure all needs get met. Not wishes. Not "nice to haves". But needs.

So - as soon as possible - representatives of all groups involved in the conflict should meet in a "safe space" with neutral facilitation. In that space, they should quietly, patiently, respectfully work to create a pathway forward.

How is this done? A good place to start is finding a space that can be set up with a simple chair circle minus tables, and no formal physical structure in the room. This communicates that everyone is present as an equal.

A set of ground rules including guidelines for deep listening and "traffic management" should be introduced and agreed to. With these basics in place, it is possible for people to really build mutual understanding and, based on that, they can then come to agreed solutions on how to move forward.

A dialogue process is deceptively simple. And, when it's done properly, it is very powerful. A properly executed dialogue process works to solve the most intractable disagreements that people can have.

I have many times personally seen and been part of fantastic outcomes from dialogue processes. Call it magic if you will. 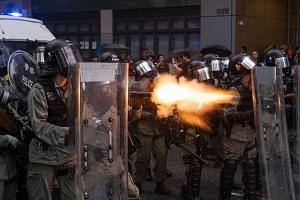 Of course, for such a process to be successful, a skilled facilitator is a necessity. The role of the facilitator is to manage the setup, the goal-setting, and the guidelines, and then to act as a moderating force to ensure full engagement and participation of all present.

It's also the role of the facilitator to hear and articulate the unspoken agreements that begin to emerge from the dialogue.

What often happens in such dialogues is that participants already agree on a certain direction, but none of them is able to notice this agreement or articulate it in a meaningful way.

A good facilitator will literally hear when such agreement begins to emerge from the group, and will articulate this for the group so that it can be discussed and then either accepted or rejected.

Hong Kong cannot afford the ongoing disruption of the city's way of life. It also cannot afford not to listen to, and integrate, the very real concerns that people in the city have. Hardening of positions, the use of violence by any party, the failure to listen to legitimate concerns from different sectors of society will all lead Hong Kong to a place that nobody wants it to go.

It's time - now - to stop what's happening and do a total reset.

It's time for a proper facilitated dialogue that can set Hong Kong on a pathway to a future that is desired and supported by all of the stakeholders who care about the future of this very special place.

The author is a psychologist, dialogue facilitator and corporate adviser with over 30 years' experience doing business in Asia. China Daily is a member of The Straits Times media partner Asia News Network, an alliance of 24 news media organisations.