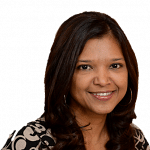 It was about 5pm, the time when the laughter of children can be heard as they get on swings in the playground at this school-turned-shelter at Mt Sinabung, when flecks fell from the sky.

But they are hardly romantic - the sooty particulates are brown and course, and stick to your clothes and make you tear.

While some hurried into buildings, most people seem to move with practised reaction after months of facing this inconvenience.

People in this town in Karo regency in North Sumatra mechanically swung into action - they pulled out masks.

Even fidgety children stayed still for their parents to strap stifling oversized masks over their tiny faces.

A couple, both with masks over their faces, opened an umbrella to shield themselves from the ash.

Nobody knows when Mt Sinabung, the volcano responsible for this ashfall on Karo, will stop belching out ash clouds or lava.

It has been doing so since last September and its eruptions have intensified so much that it spewed up to an 8km-high column of ash cloud in mid-November in eruptions lasting 32 minutes, causing the alert to be raised to its highest level.

Into its fifth month of tantrums, Mt Sinabung's fury has seen 28,000 residents fleeing their homes on the fertile slopes of this mountain and moving to cramped but safer conditions in the shelters.

On Tuesday, Mt Sinabung erupted 18 times, according to Dr Sutopo Purwo Nugroho, a spokesman for the National Disaster Management Agency (BNPB). The eruptions caused landslides near the summit and strong winds to sprinkle the ash all over towns of up to 10km away, or well outside the 5km-radius exclusion zone.

The plane I was on was about to descent when I spotted a plume of ash cloud - a big, puffy angry-looking shroud of grey.

Back in the town, these ash clouds did not instantly hit the area till hours later, when wind directions changed and blew them over.

Just last week, up to 6cm of ash fell on the areas up to Karo regency, or where most of the evacuation shelters are, said the BNPB.

Mr Agustino Tarigan, head of Karo's agricultural department whom I was speaking to at the shelter hurried us to get into his car.

"Pull your masks and wear glasses, and stay indoors," he barked, concerned with the harmful effects of the particulates.

The microscopic particles can be harmful and some people have been known to suffer respiratory problems or corneal abrasions, at worst due to prolonged exposure.

While I wore an N-95 mask and a pair of swimming goggles, the people in the Karo district were mostly seen with normal surgical masks, whose effect is minimal, and no eyeglasses.

Mr Armen Putra, a geophysicist at the district's meteorology department, said: "When the ash falls, people have to get indoors."

He said no one knows when the next eruption will be but Mt Sinabung has continued being active.

Just between midnight and 2am on Wednesday, the volcano erupted five more times, and its volcanic ash can still be seen for kilometres above its peak.

It was a majestic sight, but it spells danger.