The absence of a red-carpet welcome for US President Barack Obama upon his arrival in Hangzhou has sparked speculation that China may have given him a diplomatic snub to express its displeasure over recent US moves.

Arriving last Saturday afternoon to attend the Group of 20 leaders' summit that opened yesterday, Mr Obama disembarked from the Air Force One plane through a rarely used metal stairway, instead of the rolling red-carpet staircase provided for other foreign leaders including Japanese Prime Minister Shinzo Abe.

Mr Obama later stepped onto a red carpet, but his treatment and arguments between US and Chinese officials over security protocol at the airport - and throughout the day over media access - raised questions over whether his treatment was a calculated snub or just a case of misunderstanding.

The so-called "Carpet-gate" saga has also raised questions over predictions that China would play nice to foreign states to project itself as a gracious host at the summit.

Sino-US relations expert Shen Dingli of Fudan University in Shanghai said China's track record and penchant for ensuring the right protocol is carried out, especially for top foreign leaders, show it could have been a deliberate snub.

He cited possible reasons such as China's displeasure over the US support for a Hague-based tribunal's ruling that dismissed China's maritime claims in the South China Sea, and also its deployment of a missile defence system in South Korea.

"The US should know well what they have done to upset China," Prof Shen told The Straits Times. 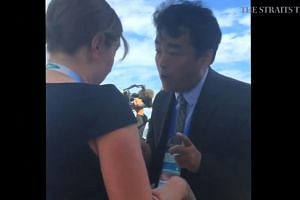 Row on Hangzhou airport tarmac after Obama arrives is an awkward start to G-20 summit for US, China 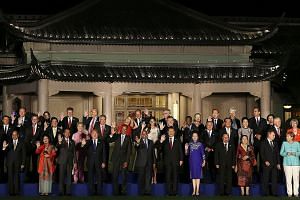 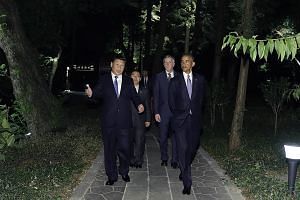 Obama urges China to respect ruling on its maritime claims

Mr Jorge Guajardo, Mexico's former ambassador to China, told The Guardian yesterday that his experience in hosting Mexican presidents in Beijing convinced him that Mr Obama's treatment "was part of a calculated snub" and possibly a "nationalist card" played by Chinese President Xi Jinping.

"It's a snub. It's a way of saying, 'You know, you're not that special to us.' It's part of the new Chinese arrogance. It's part of stirring up Chinese nationalism," he added.

But Sino-Korean expert Yu Yingli of the Shanghai Institute of International Affairs said China would not stage a snub, given that it has other means to voice its objections over issues of differences with the US.

"Interestingly, the US used to be less fixated over protocol than China in the past, but it now seems to be more affected. Does it reflect a lower self-confidence level on the part of the US?" Dr Yu said.

Hong Kong's South China Morning Post, quoting an unnamed Chinese Foreign Ministry spokesman, reported yesterday that it was the US' decision to dispense with the rolling staircase.

"China provides a rolling staircase for every arriving state leader, but the US side complained that the driver doesn't speak English and can't understand security instructions from the US," she said.

The spokesman added that China had offered to assign a translator to sit beside the driver but was turned down by the US side, which "insisted that they didn't need the staircase provided by the airport".

Singapore-based analyst Li Mingjiang said the red-carpet saga and quarrels between Chinese and American officials are "petty and insignificant issues" that would not have any impact on Sino-US ties.

"These small things could happen on any leader's visit to a foreign country," he told The Straits Times.

Mr Obama said he wouldn't "over-crank the significance of it" and that such incidents occur in his visits elsewhere too, when asked about the Chinese welcome at a press briefing with British Prime Minister Theresa May yesterday.

"In fairness, you know, when delegations travel to the US, sometimes there are issues about our security procedures and protocol that they're aggravated with, but don't always get reported on," he added.

A version of this article appeared in the print edition of The Straits Times on September 05, 2016, with the headline 'Lack of red-carpet staircase for Obama a snub?'. Subscribe
Topics:
More
Whatsapp Linkedin FB Messenger Telegram Reddit WeChat Pinterest Print Purchase Article Copy permalink