Officials from the two countries have signed memorandum of understanding for five "big projects", he told journalists during an informal discussion.

Mr Umar said officials also agreed to open branches of their respective banks in each other's countries, and that Pakistan would try to make use of Malaysia's knowledge of tourism as it looks to revive its local industry.

A senior official had said on Thursday that Pakistan was set to sign deals worth US$900 million (S$1.2 billion) in areas such as telecoms, information technology and power generation during the three-day visit by Tun Dr Mahathir, who arrived in Islamabad on Thursday evening.

Pakistan, facing an economic crisis due to depleting foreign reserves and a widening current account deficit, has been searching for investment since the government of Prime Minister Imran Khan took office in August.

The Pakistan Air Force has about 110 JF-17s, and the defence forces of Nigeria and Myanmar also use the aircraft, said a report in the South China Morning Post early this month.

At a joint press conference, Prime Minister Khan said he admired Dr Mahathir for his stand against corruption. "We actually believe that countries are not poor, corruption makes them poor. Corruption destroys state institutions," he said.

Bernama news agency quoted Dr Mahathir as saying the two countries can "exchange information on how to combat corruption".

He added: "We are very concerned about corruption. You have to pay a certain amount to make sure certain job is done. Sometimes money is stolen by officials and this has to be stopped." 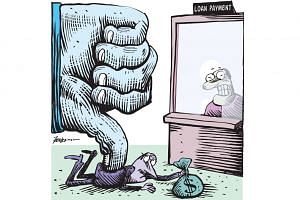 Dr Mahathir will today be the chief guest at the Pakistan Day parade.