When a woman in India complains about sexual assault, she is rarely believed. But if she dies after the assault, you see a whole country baying for the rapists' blood, observed Aisha (name changed), a 36-year-old software engineer in Hyderabad who has been struggling for a year to get her employers to believe she was assaulted by a male colleague.

"Maybe I have to be dead to get support and justice," she said.

On Nov 27 in Aisha's city, four men gang-raped a 27-year-old veterinarian and burned her body. Hyderabad then erupted in protest. Placards screamed, "Stop rape! Give us justice!" News channels discussed whether Indian cities were getting more unsafe for women.

A few days later, a rape survivor in Unnao, in the North Indian state of Uttar Pradesh, was on her way to court when she was set on fire by one of the men she had accused, who was out on bail. She walked half a kilometre with 90 per cent burns and named the men who did it, before she was taken to hospital. She died of her injuries yesterday.

There were 32,559 reports of rape in 2017, falling from 38,947 in 2016. Ms Rukmini S., a data journalist, said rape remains an under-reported crime because of the shame associated with the sexual crime, but also the fear of reprisal.

Seven years after the gang-rape and murder of a 23-year-old physiotherapy student in Delhi prompted a nationwide outcry, rape laws are stricter and conviction rates have improved to a third of all cases prosecuted, but Indians are having the same tiresome conversation again.

How can India be safer for women? What's wrong with Indian men? How do we fix the patriarchal mindset and teach men about consent? Why is the legal system so hobbled? What is real justice?

Ms Priyanka Dubey, who wrote No Nation For Women, a book on the precarious lives of Indian women, said: "I am heartbroken that my book's title never stops being relevant."

Frustrated, in both Delhi and Hyderabad, people asked for the accused to be killed. In the 2012 Delhi case, people demanded the death penalty, which Indian law allows for the "rarest of rare" cases. The Hyderabad rape took people further: Hundreds protested outside the police station where the accused were held, wanting to beat them to death. 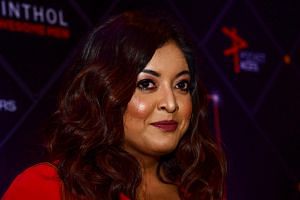 No industry for women: Bollywood #MeToo accused back at work

Netflix series on 2012 Indian gang-rape, murder case based on four years of interviews

Senior parliamentarian Jaya Bachchan, the wife of actor Amitabh Bachchan, even called for the accused to be "lynched" on the streets.

On Friday, the Hyderabad police shot dead all the four accused, alleging that they tried to escape.

Hyderabad-based journalists suspect that these extrajudicial killings might be staged - colloquially called "fake encounters". They have highlighted the eerie similarities between this killing, a 2008 killing of three accused of throwing acid on a woman, and earlier shootings of alleged Maoist insurgents - all involving Mr Sajjanar.

Parents of the Delhi rape victim called the killings "quick justice", triggering sharply divided debates. Four men were sentenced to death by hanging for their daughter's rape and murder, but their penalty is under review.

Ms Gauri Dhabolkar, a Pune-based school teacher and trainer, said: "Our law is very weak... Making changes to the judicial system will take a very long time. I feel these fake encounters are the right step this time."

That possible extrajudicial murders offer solace to women is discomfiting, said others.

The blood thirst against strangers also eclipsed a more complicated truth about rape in India: that 93 per cent of rapes are committed by men known to the victim - friends, relatives, husbands and uncles.

Ms Ammu Joseph, a senior journalist and author in Bangalore, said: "I have a daughter. I would be devastated if she was raped and murdered. But I would not call for the death penalty, let alone public lynching or killing by so-called enforcers of the law."

In the dozens of interviews Ms Dubey conducted for her book on violence against women, she found an inexplicable level of hope, saying: "Even now, in the most desperately hostile and negative circumstances, women have faith in our courts.

"So, the legal system has a huge responsibility to deliver on those expectations - before we turn into a country of mob justice."

But policing must change, she said. "The police need mandatory gender sensitivity training, and a standard operating procedure on how to behave in the first 15 minutes when a victim comes to the station. They are, after all, products of the same toxic masculinity that creates rapists," said Ms Dubey.

Ms Janani Ganesan, a 30-year-old book editor in Delhi, felt it was this "everyday violence" in buses and homes, and "deep-running patriarchy" of curfews and dress codes that engendered rape culture.

"I don't want to be assured that should I be raped, the perpetrators will face the death sentence or the suspects will be murdered in extrajudicial killings with no fair trial. I want to be assured, and shown, that we are working towards a society that will treat its women as equal beings," she said.