SINGAPORE - China has gone all out to woo its neighbours in recent years, spending at least US$48 billion to win friends between 2000 and 2016, an American study has found.

The lion's share, or $45.8 billion, was spent on infrastructure while the rest went to humanitarian aid, debt relief, and grants and loans given as "gifts" with no earmarked purpose.

China's charm offensive also involves the spread of language and cultural schools known as Confucius Institutes, and a slew of exchange programmes and official visits to burnish China's image abroad.

The 91-page report, titled "Ties that bind: Quantifying China's public diplomacy and its 'good neighbour' effect", examined China's use of public diplomacy to persuade citizens to sympathise with its views and leaders to side with its position.

The study was done by researchers from the US-based AidData at the College of William and Mary, the Center for Strategic and International Studies and the Asia Society Policy Institute, and supported by the US State Department.

Released on Wednesday (June 27), the study comes amid recent worries over Chinese influence in domestic affairs, particularly in Australia, and fears that it is using loans to gain leverage over poor countries that default.

The study found that Beijing's overtures have seen some success, with neighbours more likely to vote with Beijing at the United Nations General Assembly when given more development aid and funds for the political leaders' pet infrastructure projects.

A country was also more likely to side with Beijing the more official visits it received.

The report suggested that these official visits were a potent tool for Beijing to cultivate close ties with political elites, make its priorities known, and persuade leaders to adopt these positions as their own. 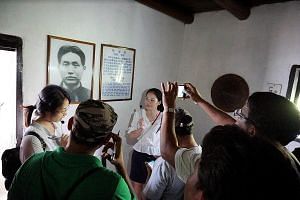 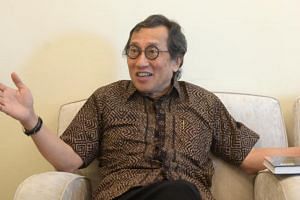 Singaporeans should be aware of China's 'influence operations' to manipulate them, says retired diplomat Bilahari

Such success has big implications for China's neighbours, said the study.

"Beijing's intense focus on courting political and business elites, as well as its emphasis on financial diplomacy, could increase the risk of undue influence with leaders willing to exchange favours for economic gain," said the report.

It cited the case of Cambodia to show how Beijing used the carrot of debt relief to reward policymakers for acting in line with its objectives.

Shortly after Cambodia used its position as chair of the 2016 Asean summit to block a statement on the South China Sea, China announced a US$90 million debt forgiveness package for the Southeast Asian nation, the study noted.

But the study also found that the more new Chinese companies a country attracted, the less likely it was to side with China in international fora the following year.

The reason could be that the Chinese businesses "undercut Beijing's official overtures if they breed resentment for their employment practices, insensitivity to the local context, or are seen as competing unfairly with local firms", said the study.

A country, however, is more likely to vote with China, and perceive China in a better light, the more Confucius Institutes it has.

These China-funded centres are "structured to deliver Chinese content including language, culture and messages, as well as control the narrative around Chinese interests", the study noted.

But it conceded that because Confucius Institutes must be approved by a host country, the countries may already have had better impressions of China to begin with.

"Given growing sensitivities in several East Asian and Pacific countries regarding the fine line between public diplomacy and clandestine influencing operations, democratic governments in the region should take additional steps to curb foreign influence in their domestic political activities or campaigns," the study concluded.