TOKYO • Jyuken jigoku (exam hell) is a common term in Japanese lingo that describes the intense pressures that students face.

This occurs during the gruelling entrance exams that students have to take to enter their desired junior high school, senior high school and then university.

Little emphasis is placed on periodic classroom review tests administered during the school year, which runs from April to March. Education is compulsory for nine years - six years in elementary school and three in junior high - and students get automatically promoted regardless of how they fare, unless they have a dire attendance record.

The thinking has long been that the focus in a child's formative years ought to be on building good manners and character. Even then, this has not stopped some parents from sending their children to private juku (cram schools) for after-school tuition classes from a young age.

Private junior and senior high schools administer their own entrance exams, while public schools run these exams at the prefecture level. Only university admission exams are standardised nationwide, and the Education Ministry has said it will reform this from 2020 to put more emphasis on creative thinking.

These new tests will have open-ended rather than multiple-choice questions, and have more focus on spoken and written English.

'Gaokao' under review in China

BEIJING • Students are given nine years of compulsory education, which comprises six years of primary school and three years of junior middle school.

Those eyeing university admission take entrance exams and go through three years of senior middle school. They then sit the all-important gaokao, or college entrance exams.

Apart from the entrance exams that students sit after each stage of study, there is no set standard on exams; schools decide the number of tests they hold each year.

Making it to university can make or break a young person's future, and the pressure is extreme, with reports of students using spy cameras to cheat, or intravenous drips to boost concentration while studying. In 2016, about 40 per cent of the more than nine million students who sat the gaokao made it to college. The quality of universities varies widely and only a tiny sliver qualify for elite institutions such as Tsinghua and Peking universities.

China is reforming the gaokao, aiming to make it less of a make-or-break test for a student's future, and making it easier for rural students to make it to top universities. Some of the changes being tested include allowing students to sit sections of the gaokao multiple times from the second year of senior middle school, instead of a one-off, three-day exam.

No exam in India elementary schools

Under the Right to Education Act 2009, children are automatically promoted every year in elementary school, from Class 1 (age six) to Class 8 (ages 13 to 14), without any exams. After Class 8, schools decide whether the students can rise to the Class 9 secondary level (age 14 to 15), based on internal tests and evaluation.

The nationwide exams are at higher secondary level, and are called board exams. These take place at the end of Class 10 (age 16) and Class 12 (age 18).

In Class 12, exams are conducted for four or five subjects, with English or the local language being compulsory. The Class 12 exam determines admission into university. 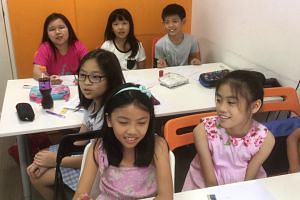 There has been debate on how to reduce student stress while maintaining standards.

The no-exam policy until one reaches Class 8 has led to some arguing that it has caused a drop in education standards, while others argue it has cut dropout rates. The government is trying to introduce exams in Class 5 and Class 8.

KUALA LUMPUR • Malaysian primary and secondary schools decide when to set exams. Many hold them three or four times a year.

The schools also decide which subjects the exams cover, whether in all the subjects or just the core ones such as Bahasa Malaysia, English, maths and science. Some of the popular schools also set entrance exams for Primary 1 places.

New Education Minister Maszlee Malik appeared keen to tweak the current exam-based system but has yet to make any major changes. He is eyeing adoption of education systems in developed countries such as Finland.

"There, their early schooling years are known as 'formative years', where it is more about building personality rather than burdening the students with examinations or many books. We want an early education system that is more focused on the concept of gathering information, critical thinking, as well as for us to study how to bring out the humanity in them," he said in May.