Chinese President Xi Jinping will start a six-day visit to Europe today as Beijing looks to boost ties with the European Union and welcome the latest entrant to its Belt and Road Initiative (BRI).

It is Mr Xi's first overseas visit this year, covering three countries where he will meet and hold talks with their leaders. The countries are Italy, Monaco (where he will be the first Chinese president to visit the principality) and France.

While the Chinese Foreign Ministry yesterday characterised the visit as a "highlight" of China-Europe diplomacy this year, it is taking place amid increasing divisions and concerns over the BRI, Chinese investments on the continent and US pressure on China's tech giant Huawei.

Just last week, the European Commission released a 10-point plan on how to manage relations with China which it labelled as a "systemic rival" and "economic competitor".

High on his agenda is Italy which, despite intense domestic debate over China's BRI development strategy, is expected to sign a non-binding agreement to join it.

The BRI aims to connect China to Europe, Africa and other parts of Asia by building a network of ports, roads, railways and industrial hubs that revives ancient overland and sea trade routes.

China's Belt and Road plan could be good for Italy: PM Giuseppe Conte

But it has been criticised as a form of "debt-trap diplomacy". Addressing the controversy, China's Vice-Foreign Minister Wang Chao said such concerns in Italy at this point were natural, but the BRI will serve both countries' interests, he added.

"It takes time for any newborn to grow up. Therefore, during the process of developing Belt and Road cooperation, it is inevitable that we may encounter some misunderstandings or even doubts," Mr Wang said at a briefing on Mr Xi's trip.

Italian media has reported that the draft of the memorandum of understanding shows broad deals for cooperation in infrastructure investment, logistics, and the financial and environmental sectors.

Professor Steve Tsang, director of the China Institute at the School of Oriental and African Studies in London, said Italy's signing has "enormous significance". As the first G-7 country to do so, its move means a major member of the EU is breaking ranks with the trade bloc.

He added: "Italy's move... will be very reassuring to some eastern EU members which are much more ready to engage China more on China's than the wider EU's terms."

The endorsement will allow Mr Xi to show the BRI "enjoys a great reputation in Europe and the world" despite the international backlash it has garnered, said Ms Lucrezia Poggetti, research associate with the Berlin-based Mercator Institute for China Studies.

Experts say other high-priority issues in this trip include trade and Huawei, which is marketing its equipment for next-generation 5G networks in Europe. The Chinese titan is facing increasing global pressure amid US claims that Beijing could use its equipment for spying.

The US and Australia have ruled out Huawei from their 5G networks but not the European countries.

French telecom operators are testing Huawei's 5G equipment, while Monaco has inked a 5G deal with it, news agency AFP has reported. 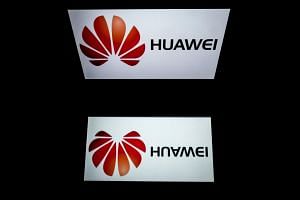 Germany has said it does not plan to bar Huawei from its networks.

Experts said Mr Xi's visit is also the latest sign of Beijing's courtship of Europe, as it searches for allies while dealing with its trade war with the United States.

Mr Wang drew attention yesterday to the tempo of diplomatic interactions, noting that there were almost 100 exchanges of officials at or above vice-premier rank, and over 1,100 at or above the vice-ministerial level.

Cooperation is mutually beneficial and has "deepened", he said, adding the EU has been China's largest trading partner for 15 years.

Said Prof Cui: "By visiting Europe before he is expected to travel to the US to ink a trade agreement, Mr Xi is sending an important signal that Europe matters and continues to be important to China."