TOKYO • Many companies in Japan are increasing the proportion of managerial and executive posts filled by women, one year after the Promotion of Women's Participation and Advancement in the Workplace law came into effect, according to a recent Yomiuri Shimbun survey of 116 major firms.

Still, the number of women who are full-time regular workers remains low, and the time needed to nurture staff capable of holding these positions is a persistent concern. This means lifting the proportion even higher will not be easy.

Of those polled, Suntory Holdings raised the proportion of managerial roles held by women at its firms from 8 per cent in April last year to 9 per cent as of last month.

Among them is Ms Sonoe Atarashi at Suntory Liquors, which is responsible for domestic sales of whisky, beer and other products. In April last year, she was named chief of the section tasked with devising sales strategies targeting convenience stores and other businesses.

"To be honest, I was surprised," said Ms Atarashi, 41. This was because she had given birth to her daughter in July 2013 and had been working shorter hours since returning to her job in December 2014. 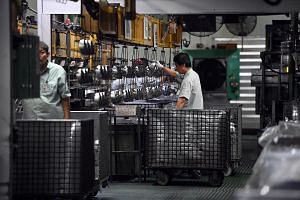 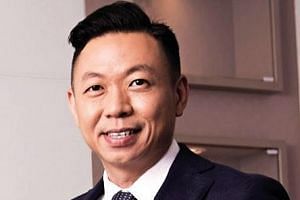 She still works a reduced schedule and has three subordinates.

"At first, I felt at a disadvantage," she said. "But like everyone else, I need to make sure that I work very productively. I've shown some of my superiors that there are various working styles, even for those in managerial positions."

Suntory has implemented generous support measures for female employees. It introduces babysitters to workers who are struggling to find daycare centres for their children, and even covers part of the costs. The company also allows employees to work from home, regardless of how old their children are, making it easier for female staff to advance their careers, even while raising children.

Nippon Life Insurance - which boosted its proportion of female managers from 14.9 per cent to 15.7 per cent over the same one-year period - has also put considerable effort into helping female workers develop their careers. Female employees in their 30s and 40s who are candidates for managerial posts are selected to undergo a two-year training programme.

In some cases, unfortunately, support measures that were intended to help female staff have actually ended up hindering them.

For instance, he said, some women were not given work or opportunities that could develop their careers, and other workers felt a sense of unfairness because of the extra burden placed on them.

A version of this article appeared in the print edition of The Straits Times on May 08, 2017, with the headline 'Women edge up exec ladder in Japan but still face blocks'. Subscribe
Topics:
More
Whatsapp Linkedin FB Messenger Telegram Reddit WeChat Pinterest Print Purchase Article Copy permalink