In its editorial, the paper says that the Pyeongchang Olympics has left behind a problem about the relationship between the International Olympic Committee and a host country.

Nothing is more gratifying than seeing all the schedules completed without major trouble.

It was an extraordinary meet, as host nation South Korea and North Korea, which is continuing its nuclear and missile development, tried to use the occasion for political purposes.

Kim Yong Chol is named by South Korea and the United States as a target of their independent sanctions.

He is suspected to have masterminded the sinking of a South Korean navy patrol boat.

Kim Jong Un's choice of such a figure can therefore be regarded as a provocative act. 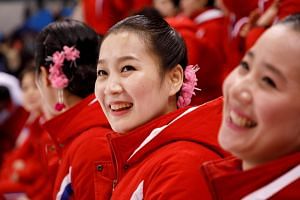 Washington sent to the closing ceremony presidential adviser Ivanka Trump, among others.

The regional situation cast a shadow over Olympic events as well.

The North-South joint women's ice hockey team, which was formed by the South's Moon Jae In administration as a definitive way to indicate his conciliatory stance towards the North, could not win a single game and finished in last place.

The North's female cheering squad sang and danced at event venues without concern for other people's reactions.

Its behaviour most likely drove home the abnormality of an autocratic regime among the general public in South Korea.

In 2011, when it was decided the Winter Games would be held in Pyeongchang, then South Korean President Lee Myung Bak proudly said: "This provides a good opportunity for our country to become a first-rate advanced nation."

A high-speed railway was newly built to link Incheon International Airport with Pyeongchang and its environs, which had been left behind in the wave of development.

But it remains to be seen whether the railway will be economically viable.

The number of cities bidding to host Olympic Games has been decreasing.

Particularly dark clouds are looming over the prospects for Winter Games, which call for huge spending on the construction and maintenance of competition courses and facilities.

For the International Olympic Committee (IOC), which is increasingly feeling a sense of crisis, South Korea was invaluable because its bid to host the Winter Games was backed by nationwide enthusiasm. 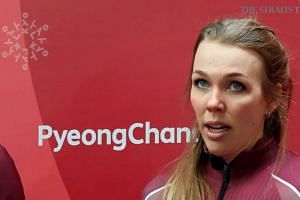 That the IOC approved the formation of the North-South joint women's ice hockey team, among other decisions, at the price of undermining fairness in relation to other countries can be seen as consideration for South Korea.

The Pyeongchang Olympics has left behind a problem as to the relationship between the IOC and a host country.

The fact that banned drugs were detected in participating athletes, including a Russian man who won a bronze medal in curling, could represent a miscalculation for the IOC.

Wanting to minimise friction with Winter Olympics powerhouse Russia was perhaps a major reason behind the IOC's approval of participation by some Russian athletes in their personal capacity, despite the country being blamed for organised doping practices.

The IOC is called on to investigate strictly to find whether there was any fault with the screening qualifications for Olympic participation.

Japanese athletes performed superbly. Japan captured a total of 13 medals, a record number for the nation in a single Winter Games.

Nana Takagi won gold in the women's mass start, a newly introduced speed skating event, while the women's curling team captured bronze on Saturday, wrapping up the Games with smiles.

The next Olympic Games is set for two years from now in Tokyo. Preparations must be accelerated.