BEIJING (NYTIMES) - She was known as China's clickbait queen, an irreverent blogger who prescribed shopping to combat sadness ("better than sex, orgasms, strawberry cake") and makeovers to win back cheating husbands ("men are visual animals").

In the battle for control of the Chinese Internet, the authorities had designated Ms Ma a threat to social stability, pointing to an article she published about a young man with cancer whose talent and virtue were not enough to overcome problems like corruption and inequality.

The state-run news media accused Ms Ma of circulating false information, and her social media accounts were wiped from the Internet.

The silencing of Ms Ma, better known in China by her pen name, Mimeng, reflects a broader campaign by President Xi Jinping to purge the public sphere of popular voices that the ruling Communist Party finds threatening.

"There is no longer any freedom of speech in China," Jia Jia, a blogger who writes about history, said of the campaign.

Since coming to power in 2012, Mr Xi has imposed the most extensive censorship in China in years, flooding the airwaves with communist propaganda and reining in investigative journalists and social media celebrities. 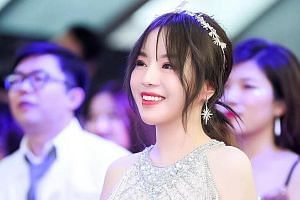 Flap in China over 'toxic chicken soup for the soul'

Now, Mr Xi is pushing to tame one of the most vibrant corners of the Chinese Internet: the more than one million self-help gurus, novelists, sports writers and other independent writers who make up the "self-media".

Since December, the authorities have closed more than 140,000 blogs and deleted more than 500,000 articles, according to the state-run news media, saying they contained false information, distortions and obscenities.

The party seems concerned that independent commentators are drowning out its propaganda messages. It also probably worries that independent media sources could help fuel social unrest this year - a year of politically sensitive anniversaries including 30 years since the crackdown in Tiananmen Square.

But Mr Hu said the risk of unrest might increase if individuals were not permitted to air grievances online.

"Our society should allow multiple voices," he said. "Only in this way can discontent be released."