The parliament voted on Dec 9 to impeach her after she was accused of colluding with her longtime friend Choi Soon Sil to pressure big businesses to make contributions to non-profit foundations backing presidential initiatives.

President Park, whose father ruled the country for 18 years after seizing power in a 1961 coup, has denied wrongdoing but apologised for carelessness in her ties with Choi, who is on trial for fraud and abuse of power.

Here's a quick guide on the brewing scandal and the allegations facing President Park and Choi:

Prosecutors charged Choi and former presidential aide An Chong Bum with abuse of power by pressuring companies to contribute funds to foundations at the centre of the scandal. Another former aid Jeong Ho Seong was indicted for leaking classified information to Choi. Prosecutors said based on the evidence secured to date, the president was found to be in complicity with the three people to "a considerable degree".

Who is Choi Soon Sil?

Ms Choi, 60, has been a close friend of Ms Park, 64, for more than 40 years. She is the daughter of late religious leader Choi Tae Min, who set up a cult-like group known as the Church of Eternal Life. He befriended Ms Park after her mother was killed in 1974 taking a bullet meant for her father, then president Park Chung Hee. Mr Choi claimed that the late first lady had appeared to him in a dream, asking him to help her traumatised daughter, then 23. He became a longtime mentor to Ms Park, who forged a strong bond with his daughter that endured after Mr Choi 's death in 1994.

Ms Choi has a 20-year-old daughter. In 2014 when she ended her second marriage, she declared she had 36.5 billion won (S$44.5 million) worth of assets, including several properties. She left South Korea for Germany in September when news of the scandal first emerged.

How close are the two friends?

The precise nature of the friendship has triggered media frenzy in South Korea, with lurid reports of religious cults and rituals. The media has portrayed Ms Choi as a Rasputin-like figure who wielded an unhealthy influence over Ms Park.

Besides playing the role of a spiritual guide to the president, Ms Choi also reportedly served as her personal secretary when she entered politics in 1998, and nursed her back to health after her face was slashed by a man at an election rally in 2006. She reportedly accompanied Ms Park to events and media interviews too. Ms Choi apparently started keeping a low profile after Ms Park was elected president in 2012.

What are the allegations?

Ms Choi had a say in some of Ms Park's speeches. She told Segye Ilbo newspaper that she was able to help Ms Park "find the right words to express herself" as she "knows what is in her mind and heart". 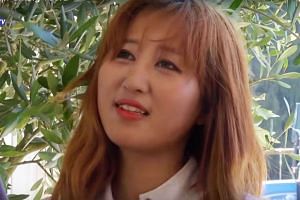 Ms Choi allegedly reviewed reports from the Blue House that were up to 30cm thick almost every day. She used them in meetings with her own advisers to discuss policy issues and draft plans that went back to the Blue House.

Ms Choi allegedly predicted North Korea would collapse in two years, and Ms Park is rumoured to have implemented foreign policies based on this. A 2014 speech which set her vision for reunification was found in a discarded laptop belonging to Ms Choi.

Ms Choi was accused of being the mastermind behind many key projects by the Ministry of Culture, Sports and Tourism, mostly led by her film director friend Cha Eun Taek. Vice-Culture Minister Kim Chong, appointed in 2014, was also accused of collaborating with Ms Choi.

Ms Choi was accused of abusing her friendship with the president to press conglomerates to donate to two non-profit groups she founded. The funds are suspected to have been diverted to finance her lifestyle and other schemes.

Where could this scandal lead to?

Ms Park’s presidential powers have been suspended since Dec 9, when the National Assembly voted to impeach her. The  Constitutional Court has until June to decide whether her impeachment is justified, either reinstating her or formally ending her presidency.

In a hearing on Thursday (Dec 22), the court ordered the president to respond to one of the most contentious accusations against her: that she neglected her duties on the day in 2014 when hundreds died in the sinking of ferry Sewol.

Why should the markets care?

The political instability may add to what Bank of Korea Governor Lee Ju Yeol called uncertainties. It may also deepen worries about long-term growth prospects and the country's competitiveness.