BEIJING • Huawei Technologies got a much-needed reprieve from some of the trade sanctions levelled against it by the United States when President Donald Trump said over the weekend that he would ease restrictions on the Chinese tech giant.

But constraints on Huawei's business abound and some analysts said the optimism is overdone - with many still trying to figure out what form the relief will take.

Huawei remains squarely on the US Commerce Department's "entity list" usually reserved for rogue regimes and their associated companies. US lawmakers from both political parties have also reiterated pleas to not let up on Huawei.

"There were few concrete details about when Huawei can be removed from the entity list," said Mr Jeff Pu, a Hong Kong-based analyst at GF Securities. "But investors are showing optimism without waiting for a final outcome."

Mr Pu said that Huawei would be waiting to see which US firms will resume shipping and whether companies such as Google and Qorvo are among them. 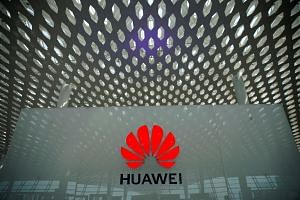 Huawei gets only partial reprieve from tough Trump sanctions

The Trump administration has not said whether it will remove Huawei from the blacklist, or indicated any specific time frame for considering such a move.

Mr Trump said US companies can sell their equipment to Huawei "where there's no great national security problem with it".

He did not define what he considers a national security threat or specify which firms can apply for shipment licences.

Mr Brock Silvers, managing director of China-based fund Kaiyuan Capital, said that despite claims that only a subset of exports to Huawei will be allowed, the ramifications are significant. "This weekend's agreement can only weaken US claims regarding Huawei's inherent security risk," he said.

Raymond James analysts Chris Caso and Melissa Fairbanks wrote in a note on Monday: "It's tough to argue that Huawei's Android handsets are a security threat.

"We therefore think there's a chance that handset components will again be permitted."

Ms Nicole Peng, an analyst with research firm Canalys, said it would be a big win for Huawei if Google could get a temporary licence and continue its business with the company.

"In the meantime, for the American suppliers whose business is heavily exposed to Huawei, and a ban would benefit other non-American competitors, getting a licence should also be relatively easy."

Huawei has not been able to source key components such as radio frequency chips from Qorvo and Skyworks or the latest Android operating system from Google since the Commerce Department in May blacklisted the Chinese giant and scores of its global affiliates.

Given such sourcing restraints, Huawei said it was preparing for a drop in international smartphone shipments of up to 60 million units this year, partially because the Trump ban would cut off Huawei's access to an array of Google's services, from Play Store to YouTube and Gmail on Huawei handsets.

One employee of an Asian supplier to Huawei, who asked not to be named, said statements from Mr Trump and Mr Kudlow could be just part of negotiations, and that Huawei suppliers would need to wait for more details.

American firms are certainly keen to resume business with their key Chinese customers as they could suffer from being replaced by foreign competitors.

A version of this article appeared in the print edition of The Straits Times on July 03, 2019, with the headline 'Wary US suppliers await details of Trump reprieve for Huawei'. Subscribe
Topics:
More
Whatsapp Linkedin FB Messenger Telegram Reddit WeChat Pinterest Print Copy permalink