The rabies vaccine-maker at the centre of the brewing safety scandal in China started falsifying records and using expired materials for production in April 2014, latest findings from an investigation show.

Citing findings from a special State Council investigating group, Xinhua said a domestic and international recall of the faulty vaccines was under way.

The investigators said the firm had used expired materials to reduce costs and falsified vaccine records to avoid regulatory scrutiny.

No data on the quantity of vaccines sold was given, but state media had previously reported that 250,000 doses of the problematic vaccine had been purchased by the eastern province of Shandong.

Investigators also stressed that those found responsible or negligent would be "severely punished".

"The relevant investigations and follow-up work are in progress," said Xinhua.

Police have arrested 18 people at the company, including chairman Gao Junfang. 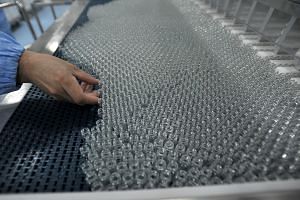 The company had also recently been found to have sold 252,600 doses of ineffective DPT vaccines to inoculate children against diphtheria, whooping cough and tetanus.

The State Council group said yesterday that free vaccines would be provided to those who had received the faulty doses produced by Changsheng Bio-technology.

Rabies, a viral disease that causes inflammation of the brain, is transmitted through the bite of a rabid animal and is nearly always fatal.

The scandal, which erupted last month after the wrongdoing was discovered during an inspection following a tip-off, has sparked widespread outrage in China and ignited product safety fears again in the country.

It also led to a rare two-day protest last week outside the Health Ministry by about a dozen disgruntled parents, who called for tighter drug safety standards and greater accountability.

Beijing has also launched sweeping spot checks on vaccine-makers around the country in what is seen as a bid to tamp down public outrage.

The State Council, China's Cabinet, has vowed to impose tough penalties, calling for a full investigation into any potential regulatory failings, including the possible dereliction of duty by officials.