WASHINGTON (BLOOMBERG) - US Trade Representative Robert Lighthizer and senior US officials are set to travel to China next Monday (July 29) for the first high-level, face-to-face trade negotiations between the world's two biggest economies since talks broke down in May.

Lighthizer and a small team will be in Shanghai through to next Wednesday, according to people familiar with the plans who asked not to be identified. The meeting will involve a broad discussion of the issues outstanding and isn't expected to yield major breakthroughs, a senior administration official said.

President Donald Trump and Chinese counterpart Xi Jinping met at the Group of 20 summit in Japan last month and declared a tentative truce in their year-long trade war. The leaders directed their negotiators to resume trade talks. Since then, Treasury Secretary Steven Mnuchin, Lighthizer and their Chinese counterparts have spoken by phone.

According to a senior administration official, the Chinese requested that the meeting take place in Shanghai, rather than Beijing.

US officials have played down the likelihood of a quick deal with China.

"It is impossible to judge how long it will take when the president's objective is to get a proper deal or go ahead with tariffs," Secretary of Commerce Wilbur Ross told Bloomberg TV on Tuesday (July 23). "It is not important whether it be done a week from Tuesday or a month or two months."

The sides remain at odds over significant issues, including Washington's demands for structural reforms to China's economy and Beijing's call for the US to remove existing punitive tariffs on imported Chinese goods.

The talks in recent weeks have focused on Huawei licences and agriculture purchases, and lacked engagement on structural issues that the US wants addressed in any trade deal. 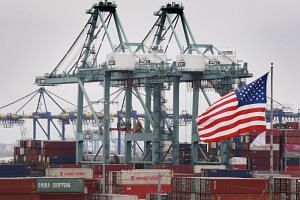 US importers find ways to adapt to, skirt Trump's tariffs

Sino-US trade and tech war spills over into seaports

People familiar with next week's meeting say it's a positive step for talks overall but caution that it's likely to feature a wide-ranging discussion of where things stand, rather than a chance for substantive negotiations. It's still unclear what the starting point will be for deeper discussions. Talks collapsed in May because the two countries disagreed on draft terms of a deal.

The meeting will be the first time that China's Commerce Minister Zhong Shan joins the core group of negotiators, which on the Chinese side has been led by Vice-Premier Liu He.

Zhong is seen as more of a hardliner than Liu and some China watchers say he was added to the talks to ensure that a more hawkish view is represented at the table. Zhong is a known quantity for many US officials, including Lighthizer who has met him several times over the past two years at international meetings such as Asia-Pacific Economic Cooperation summits.

On Monday, Trump and senior White House officials, including Mnuchin and Lighthizer, met chief executives of US technology companies in a step towards easing a ban on sales to China's Huawei Technologies, which has been another point of tension in the relationship.

National Economic Council director Larry Kudlow told reporters on Tuesday that the meeting was positive and cited it as one reason he's optimistic that in-person talks with China were likely to resume soon.