BEIJING (WASHINGTON POST) - An American company that ships cherries to a coastal province in south-east China recently encountered a new hurdle at the border: Customs officers ordered a load into quarantine for a week, so it spoiled and was sent back to the United States.

And a US manufacturer that exports vehicles to China recorded a 98 per cent jump in random border inspections over the past month, throwing the firm behind schedule.

American business leaders fear these are the "qualitative measures" China warned it would unleash if President Donald Trump imposed tariffs on its exports to the United States.

Just days before the first 25-per-cent levy is slated to hit US$34 billion in Chinese products, US companies here say they're already feeling the sting in the form of stalled product approvals, worker visas and licensing applications.

In a country where regulation enforcement can vary widely by region, it's hard for analysts to know whether these sudden administrative headaches are a coincidence or the Chinese government following through on threats to make life harder for Americans in business.

But anecdotal evidence suggesting official sanction is building, according to veteran observers of the Chinese market.

"There's enough of a trend to say this might be related," said Jake Parker, vice president of China operations at the US-China Business Council, which represents about 200 firms, including Pepsi, Apple and General Motors. 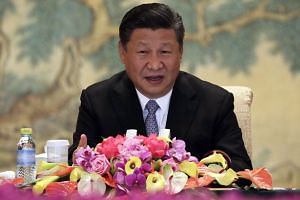 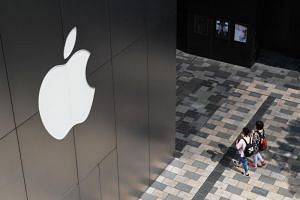 Xi can make life tough for US companies in China, following Trump threat of bigger duties on Chinese trade

"The tariffs won't solve the problem, but they will damage US interests."

Executives across industries have raised concerns about an increasingly hostile regulatory environment, he said. The companies wanted to remain anonymous to avoid angering the government.

They also worry the sparring between Washington and Beijing could fuel anti-American sentiment among Chinese consumers.

One sign of fraying relations: a notice posted by the Chinese Embassy in Washington last week, urging tourists to "avoid going out alone at night" in the United States, where "cases of shootings, robberies, and theft are frequent."

The White House did not respond to requests for comment.

US firms now have more than US$220 billion invested in China, as many scramble to serve the nation's exploding middle class, according to the American Chamber of Commerce in the People's Republic of China.

Chinese President Xi Jinping invoked this financial commitment at a meeting with US and European executives in June, telling the room, "We punch back," according to one person familiar with the discussion.

Last Friday, AmCham China, which represents about 900 companies here, called a private meeting at a Beijing hotel to discuss the effects of the ongoing negotiations.

It lasted three hours, said AmCham China President Alan Beebe, and many executives wondered: "Am I being singled out?"

Some dreaded the possibility of unusually burdensome fire inspections, he said. Others wondered whether environmental regulations could suddenly get stricter.

"It's a common concern for our members that these measures could be used as a form of retaliation," Beebe said.

China's Ministry of Commerce released a statement in June that called Trump's trade tactics "blackmail" and vowed to retaliate in both "quantitative and qualitative" ways.

Wang Shouwen, vice minister of commerce, said at a news conference in Beijing last week that China has not ramped up regulations to deter US imports.

The first round of US tariffs on US$34 billion in Chinese products is scheduled to take effect July 6, and China has pledged to push back with levvies on an equal number of American exports.

Trump has threatened to impose new taxes on up to US$416 billion worth of goods in coming months if China doesn't meet his trade demands. The president has accused the country of committing one of "the greatest thefts in the history of the world."

China cannot match Trump on tariffs - it imported US$130 billion in goods from the United States last year, compared with America's US$505 billion in purchases from China - but it can apply other forms of pressure, analysts say.

The government can turn that muscle on American firms, said James McGregor, chairman of the greater China region for the consultancy APCO Worldwide.

"They can employ all of the bureaucratic means to make life difficult for companies," he said.