North Korea fired the intermediate-range ballistic missile over Japan that landed in the Pacific, responding to new UN sanctions with its furthest-ever missile flight.

In a unanimous statement backed by China, the council said the launch was carried out just three weeks after a first missile overflew Japan and less than two weeks after Pyongyang’s sixth and biggest nuclear test. 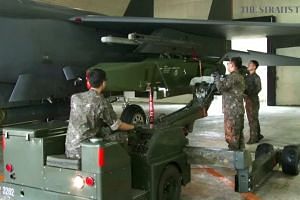 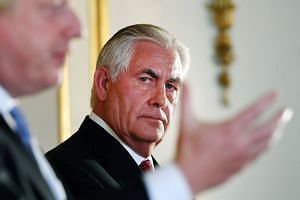 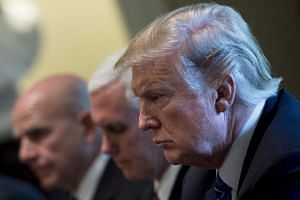 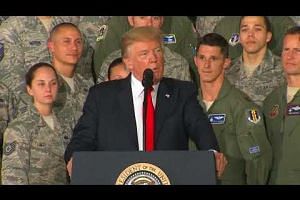 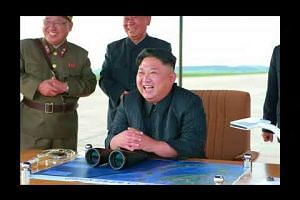 The council “strongly condemned these launches, condemned further the DPRK for its outrageous actions, and demanded that the DPRK immediately cease all such actions.”

The statement, released after a closed-door meeting, did not threaten further sanctions and stressed that all countries must “fully, comprehensively and immediately” be implemented.

The launch came days after the council slapped fresh sanctions on the isolated country in response to the nuclear test on Sept 3.

“As Kim Jong-Un’s most recent launch demonstrates, this is one of the world’s most urgent and dangerous security problems,” US National Security Advisor H.R McMaster said.

North Korea will dominate the diplomatic agenda when world leaders gather at the United Nations next week for the annual high-level General Assembly debate.

UN Secretary-General Antonio Guterres said he plans to hold talks with all sides on the crisis, including with North Korea’s Foreign Minister Ri Yong-ho, who will address the General Assembly Friday.

Russian President Vladimir Putin and his French counterpart Emmanuel Macron jointly appealed for talks with North Korea, saying this was the only way to resolve tensions over its nuclear programme.

The crisis requires resolution “exclusively through political and diplomatic means, by restarting direct negotiations,” a Kremlin statement said following a phone call between the leaders.

The appeal was directed at the United States and Japan, countries calling to ramp up pressure through sanctions rather than pin hopes on talks.

Russia and China, North Korea’s main ally, on Monday backed a US-drafted resolution at the Security Council to impose fresh sanctions on Pyongyang – but they maintain dialogue is key to defuse the crisis.

Washington has rejected as “insulting” a proposal from China to kick-start talks with a freeze on North Korea’s nuclear and missile tests in exchange for a suspension of US-South Korean drills.

The sanctions imposed on Monday banned the North’s textile trade, stopped new work permits for its labourers, and imposed restrictions on shipments of oil products, among other measures.

The US Pacific Command confirmed Friday’s rocket was an intermediate range ballistic missile (IRBM) and said it did not pose a threat to North America or to the US Pacific territory of Guam, which Pyongyang has threatened to bracket with “enveloping fire”.

Seoul’s defense ministry said it probably travelled around 3,700km and reached a maximum altitude of 770km.

Physicist David Wright, of the Union of Concerned Scientists, said: “North Korea demonstrated that it could reach Guam with this missile, although the payload the missile was carrying is not known” and its accuracy was in doubt.

The North has raised global tensions with its rapid progress in weapons technology under leader Kim Jong-Un, who is regularly pictured by state media overseeing launches and visiting facilities.

The North’s last missile launch, a Hwasong-12 IRBM just over two weeks ago, also overflew Japan’s main islands and was the first to do so for years.

“Missile launch! missile launch! A missile appears to have been launched from North Korea,” loudspeakers blared on Cape Erimo, on Hokkaido’s southern tip.

Breakfast television programs replaced their usual light-hearted diet of children’s shows and gadget features with the warning: “Flee into a building or a basement.”

The missile was said to have overflown the US ally for around two minutes.

In response to the launch, South Korea’s military immediately carried out a ballistic missile drill of its own, with the defense ministry saying it took place while the North’s rocket was still airborne.

President Moon Jae-In told an emergency meeting of Seoul’s national security council that dialogue with the North was “impossible in a situation like this”.