A nine-year-old boy in central China tugged at the heartstrings of many when his cry for attention from his phone addict father in a school essay went viral on social media last week.

The essay was posted on Jan 17 on China's microblogging platform Weibo by his teacher at Luoyang International School in Henan province's Luoyang city, Dahe Daily reported.

In the essay titled "Father, I want to tell you this", the child who was referred to as Xiaozhi by Chinese media described how his father was glued to his cellphone "day and night and every day" as though he could not live without it.

"Father, every time I ask you to check my homework, you would just take one look and say 'not bad, now go play'," the boy wrote. "Otherwise you would just give me a phone so I could play too."

He even likened his father to "a vicious wolf that has starved for three days and three nights, eyeing that big chunk of fat meat".

"It's also as though there is a vacuum cleaner inside the cellphone sucking him in..." he wrote.

"Father, what I want is not a house full of titbits, the most high-end cellphone, and certainly not ultra high-end toys," he continued.

"What I want is only for you to put down your phone and play with me. That'll be the happiest thing to happen to me in my whole life."

"Father, as long as you put down the phone, I'm willing to trade my life for it. I love you, my father." 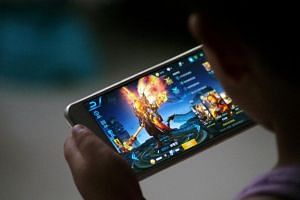 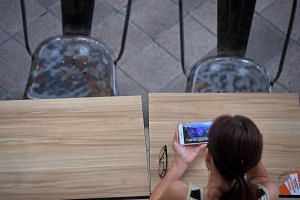 Admit it, older people - you are addicted to your phones, too

The boy's teacher, who gave only her surname Zhao, said Xiaozhi is an all-rounder in school and a long-distance running champion in class. She was so moved by the child's innocent wish and literary talent that she awarded him full marks for the essay which he wrote for his year-end examination.

The essay has also proved to be a turning point in the father-and-son relationship.

In an interview with Dahe Daily, Xiaozhi's mother said her husband is a heavy cellphone user as he works a lot with his phone even after work, and would sometimes play games on the device for relaxation.

"Before this, we didn't think using the phone all day was an issue, and we didn't realise this child was so sensitive," said the mother.

After reading the essay, Xiaozhi's father felt guilty for spending too little time with his son and promised to take time off every week to keep him company, said the mother.

Some netizens are moved by the boy's heartfelt appeal, while some felt the father should not be faulted.

"There are always two sides to a story. I make a living with my phone. Without it, I have no money for food," commented another user, Meng Le Sheng, on Weibo.

But the essay has also drawn concern from some.

"Trade his life for a phone? This is a serious problem. Daddy, put down the phone now. You must teach your child that life is precious," said Weibo user with the handle Mei Kai Yan Xiao.