HUE, VIETNAM (AFP) - On Jan 30, 1968 - the eve of Vietnam's Tet Chinese New Year holiday - communist soldiers from the north and Viet Cong rebels launched a shock offensive on more than 100 cities and outposts throughout southern Vietnam.

Though a tactical disaster for the North, which lost an estimated 58,000 fighters, the "Tet Offensive" electrified anti-war sentiment in the US and eventually pressed America's leaders into leaving Vietnam.

Here are some key points about the pivotal campaign that was launched 50 years ago this month.

After months of careful planning, more than 80,000 North Vietnam and Viet Cong fighters, many in crisp new uniforms, launched coordinated attacks throughout southern Vietnam in the early hours of Jan 30, breaking an informal holiday truce.

Saigon, the capital of the south, and the former imperial city of Hue were transformed into fierce urban battlegrounds.

The timing of the attacks was crucial: most US-backed southern soldiers had gone home for the Tet holiday.

Though high-ranking American military officials and President Lyndon B. Johnson were reluctant to admit it in public, they were completely wrong-footed by the attacks, which many thought the North was incapable of waging. 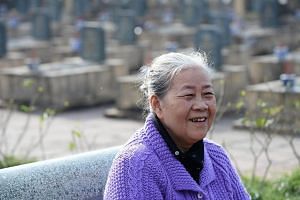 Military officials assumed the North was gearing up for an attack around Khe Sanh near the Demilitarized Zone (DMZ), and focused energies on protecting that stronghold - even after cities like Hue and Saigon were under siege.

What did the North want to achieve?

The main goals of the campaign were two-fold: finish off the enemy and spark an uprising to overthrow the US-backed regime in the south.

Both aims failed. Although they managed to weaken southern forces in some areas, the offensive was beaten back and the hoped-for surge of popular support never came.

Most civilians feared the communist troops after being fed propaganda about their brutality by the southern regime.

Some northern forces lived up to that billing, systematically killing thousands of accused spies, officials and sympathisers.

Thousands of terrified civilians were caught up in the fighting.

How did so many northern troops sneak into the south?

Over the course of several months steady streams of communist troops sneaked into the south virtually undetected. They disguised themselves as civilians, with some soldiers even dressing in women's clothing, or pretending to be southern soldiers.

They smuggled weapons under their dresses, in food deliveries, or in the false bottoms of boats and trucks. Though the US detected signs of a build-up in the south, it underestimated the North's ambitions.

Many communist troops were aided by northern spies planted in the south, including a unit of female intelligence officers in Hue who posed as street vendors by day and fed northern military commanders information by night.

Where was the fighting?

Images from the southern capital of Saigon captivated the world, as neighbourhoods in the cosmopolitan city known for its French colonial buildings were overrun by fighters exchanging bullets and grenades.

Northern fighters even managed to storm the US embassy compound, but were mowed down before they could get into the building itself.

One of the war's most iconic images emerged from the fierce fighting in Saigon - later renamed Ho Chi Minh City after the North's revolutionary leader - when an NBC cameraman and AP photographer captured a Viet Cong fighter being shot dead at point-blank range by the chief of South Vietnam's national police.

But the longest and bloodiest fighting struck the central city of Hue.

It was initially captured by northern fighters, some wearing shorts and rubber sandals, and wrestled back by US marines after weeks of fighting that saw heavy casualties on both sides and thousands of civilians killed.

Today the attack is remembered heroically by Vietnam's communist regime.

But it is revisionist history because the communist troops were forced to retreat after their initial assault caught American and South Vietnam fighters by surprise.

Though casualty figures are debated by both sides, 1968 went on to become the deadliest year of the war for the US and their southern allies, estimated to have lost thousands of troops.

Why was it so pivotal?

Tet proved the strength and stamina of the North, who had been underestimated until the offensive.

It also marked America's slow and grinding withdrawal from a war that military experts had been saying - in private - could not be won.

The deadly campaign gave oxygen to the anti-war movement in the United States, which had been largely peripheral before Tet.

After the attacks - and the raw images and accounts of the brutal fighting that flooded US media - opposition to the war gained momentum back home, piling pressure on politicians to end the conflict.