TAIPEI (AFP) – Taiwan summoned Japan’s representative on Friday (April 29) to protest its seizure of one of the island’s fishing boats in an area where Tokyo claims exclusive rights.

The 50-tonne Taiwanese boat was chased for hours by a Japanese vessel and finally seized earlier this week, some 150 nautical miles from Okinotori-shima, an atoll administered by Japan.

The seizure of the “Tung Sheng Chi 16” prompted protest from Taipei, which said Japan had no authority in the area and demanded the release of the ship and 10 crew.

They were later freed, but tensions remain as the release came only after the ship’s owner paid a “lawsuit deposit” of 6 million yen (S$72,503) as demanded by the Japanese authorities, Taiwan’s foreign ministry said in a statement. 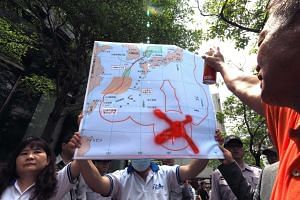 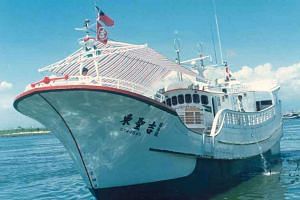 “We’ve told them we’ve never recognised the exclusive economic zone (EEZ) around Okinotori-shima and they have no right to seize the fishing boat,” he told reporters.

Okinotori-shima is an uninhabited atoll in the Philippine Sea which is mostly submerged at low tide.

The Japanese EEZ claim has also been rejected by China and South Korea, although neither country has made its own claim.

Taiwan’s outgoing Premier Chang San-cheng issued a stern warning to Japan as Taipei pledged to protect its fishing boats and said it would send patrol vessels to the area on Sunday.

“Don’t ever think we’ll be weak (on this issue). Don’t test our determination,” an angry Chang told reporters.

President Ma Ying-jeou also blasted Japan, accusing the country of violating the United Nations Convention on the Law of the Sea, to which it became a signatory in the 1990s.

“What has been encroached upon by Japan was not only the rights of Taiwan’s fishermen but also those of fishermen from the other countries,” he said.

“This should be condemned by international society.” The remarks come more than three years after coastguard vessels from Taiwan and

Japan converged and duelled with water cannons in a stand-off over a chain of islands in the East China Sea, known as Senkaku in Japanese and Diaoyu in Chinese.

The islands are controlled by Japan but are claimed by both China and Taiwan.

But later that year, 2013, Japan and Taiwan set aside their sovereignty disputes and forged an agreement under which Taiwanese trawlers are permitted to fish in waters off the East China Sea island chain.