BEIJING (NYTIMES) - The Chinese government, which has struggled to keep women from leaving the labour force, is taking new steps to combat sex discrimination in the workplace, including prohibiting employers from asking applicants about their marital or childbearing status.

A notice posted online on Thursday (Feb 21) outlines specific measures for carrying out existing laws that ban gender discrimination in employment. While gender equality is enshrined in China's Constitution, the laws on employment discrimination are vague, and enforcement has been weak.

"Gender equality is the basic national policy of our country," said the notice, which was jointly issued on Monday by nine government ministries and groups. "Promoting equal employment for women is conducive to promoting women's wider and deeper participation in social and economic activities and enhancing social productivity and economic vitality."

The barriers to that deeper participation are numerous. It is not uncommon for employers, concerned about having to cover maternity leave costs, to ask female job applicants about their marital status and childbearing plans.

In both the public and private sectors, job ads frequently specify a preference for men.

In 2018, nearly one in five job ads for China's national civil service said "men only" or "men preferred", according to an investigation by Human Rights Watch, a New York-based watchdog group. The same investigation found that China's biggest tech companies had posted recruitment ads boasting about the "beautiful girls" working at the companies.

Now, according to the new government notice, employers and recruiters who engage in gender discrimination in their job ads can be subject to fines of up to about US$7,400 (S$10,000). More serious violations may result in further disciplinary actions. 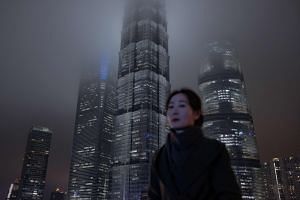 It is unclear just how far the Chinese government will go in enforcing the new measures. But the notice, issued as China grapples with a declining birthrate and a softening economy, seeks to tackle a broad range of employment issues, in part by offering greater clarity on the definition of gender discrimination in hiring.

In addition to banning inquiries about a woman's marital and childbearing status, the notice also prohibits employers and recruiters from restricting births as a condition of employment, or asking new hires to take pregnancy tests.

Other priorities mentioned in the notice include promoting career guidance for young women, strengthening the judicial mechanism for plaintiffs to bring discrimination cases, developing infant and child care services, and increasing support for female employees who go back to work after giving birth.

"We will create a social environment conducive to women's employment and help women strive for self-improvement, fully develop their strengths and demonstrate their intelligence, wisdom and value in all walks of life," the statement said.

Initial news of the notice was welcomed as a victory by women's rights advocates.

"This is a big commitment," said Ms Lü Pin, founding editor of Feminist Voices, an advocacy platform for women's rights in China. "Before, the laws lacked specific measures to address the problem of gender discrimination, but now we see that the government is finally laying out measures to address this problem, and they are very detailed."

Ms Lü said that the notice was the culmination of years of efforts by women's rights activists and civil society organisations to lobby government agencies and raise public awareness about gender discrimination in the workplace.

Since 2013, when a woman won what is believed to be China's first case claiming gender discrimination in employment, activists have brought a number of cases to court.

The awards have often been negligible, Ms Lü said, but the cases helped activists maintain pressure on the government to address the issue.

"At the very least, this notice lets people see that gender discrimination is something that the government can and is willing to manage," she said. "Now you can hold the government accountable. This is leverage."

Since the 1990s, China's female labour-force participation rate has steadily declined, from 73 per cent in 1990 to 60 per cent in 2018, according to figures from the International Labour Organisation.

Another major concern is the country's declining birthrate, a result in part of decades of a "one-child" policy.

Amid worries that a looming demographic crisis could hamper economic growth and therefore political stability, officials have sought to ease birth limits. But efforts to encourage more births have faltered, as young couples struggle with growing economic pressures and educated women postpone childbirth to pursue careers.

Addressing gender discrimination in employment, experts say, is part of a broader effort to reverse that latter trend.

"On one hand, it's a signal to employers to stop discriminating," said Ms Leta Hong Fincher, author of Betraying Big Brother: The Feminist Awakening In China.

"It's also a signal to women who are considering having babies: 'Go ahead and have that baby.'"