Republic did not raise dispute or arbitral tribunal ruling at NAM summit: Ambassador

Singapore did not raise the South China Sea territorial dispute or a July arbitral tribunal ruling on the dispute at a recent multilateral summit in Venezuela, the Republic's Ambassador to China Stanley Loh said yesterday, in a letter refuting allegations made in a Chinese newspaper last week.

The actions and words attributed to Singapore are "false and unfounded", Mr Loh said in the letter about an article dated Sept 21 in the Chinese edition of the Global Times on the 17th Non-Aligned Movement (NAM) Summit.

The NAM was formed in 1961 by a grouping of newly-independent countries that did not want to take sides in the Cold War between the United States and the Soviet Union. It meets once every three years.

In its report, the Global Times said that at the meeting held on Venezuela's Margarita Island, Singapore insisted on adding contents that endorsed the Philippines' South China Sea arbitration case against China in a document that will guide the development of the grouping for the next three years.

Singapore had attempted to strengthen the contents on the South China Sea, said the newspaper which is linked to the Chinese Communist Party. 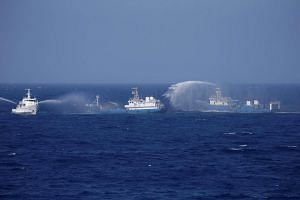 Singapore 'did not raise tribunal ruling' 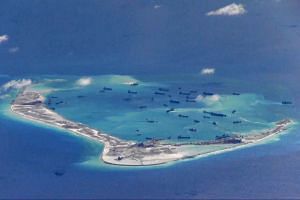 Quoting unnamed sources, it said "the Singapore representative was flustered and exasperated, and made sarcastic remarks" on the stance of countries that opposed strengthening the contents on the South China Sea.

"The representative even used offensive words during the argument, and launched malicious attacks on the representatives of countries taking a fair position," the newspaper added.

Mr Loh, who described the report as "irresponsible" and "replete with fabrications and unfounded allegations with no regard for the facts", said Singapore is disappointed that such a report has been published.

He wrote to the Global Times yesterday to publish Singapore's rebuttal to its article but The Straits Times understands that it has not been published.

In his letter, the Singapore envoy said the proposal to update the South-east Asia paragraphs in the document was not done at the last minute nor by any single Asean country. Laos - as the current Asean chair - had conveyed the group's common position through a formal letter to Iran, the former NAM chairman, in July.

Yet, Venezuela, the current NAM chairman, had refused Asean's request to update the paragraphs related to the region.

This is a departure from the established practice in the NAM, which had always allowed for such regular updates without interference from NAM countries that did not belong to the region or external parties, Mr Loh said.

"The paragraphs on South-east Asia, including those referring to the South China Sea, have been part of the... document since 1992, and regularly updated based on the common position of the Asean countries," he added.

Contrary to what the Global Times had described, Singapore had adopted a "principled position" throughout and defended NAM principles and established practices, Mr Loh added.

During the meeting, Laos had protested on behalf of all 10 Asean countries to Venezuela "on its improper decision to reject Asean's updates".

It had also intervened in writing to the Venezuelan Foreign Minister after the meeting.

In that letter, Lao delegation leader Kham-Inh Khitchadeth expressed "deep regret" that the final document did not reflect current developments in the region with regard to the South China Sea.

"The question of South China Sea is a matter of vital interest for peace, stability, security and cooperation in South-east Asia," he added, and asked to put on record Asean's collective reservation that the relevant paragraph was not updated.