China has ordered thousands of factories to close and parents kept children home from school as choking smog 25 times above safe levels blanketed the Chinese capital for the fifth day in a row, casting a shadow over Beijing's negotiations at ongoing climate-change talks in Paris.

As airlines cancelled flights, skyscrapers vanished from the skyline when the grey haze shrouded the capital, darkening the city.

The local authorities said the PM2.5 level in one south-western district reached 976 micrograms per cubic metre on Monday - more than 39 times the WHO limit. 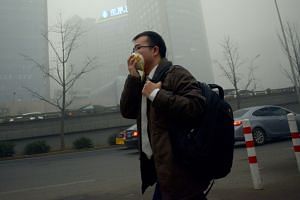 The authorities in Beijing have ordered the closure of 2,100 highly polluting businesses after elevating last Friday's yellow alert to orange on Sunday, the second-highest air pollution warning, the state-run China Daily said yesterday.

They also ordered all construction sites to stop work and cut emissions. 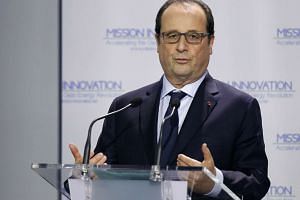 Bureaucrats rush to hammer out details of pact

Airlines grounded more than 30 flights from Beijing and Shanghai, many to highly polluted north-western Shaanxi province, a key coal producer. Several provincial highways were shut due to poor visibility.

As pollution indexes soared to "beyond index" yesterday, students at middle and primary schools were given the option to study from home, the Beijing Youth Daily reported, quoting the Beijing Municipal Commission of Education. Some schools introduced indoor exercises dubbed "smog aerobics", according to the report.

While Beijing often battles with air pollution, this round of smog is the most severe to hit the city of 22 million people this year. Experts say most emissions come from coal burning, which spikes in winter along with demand for heating.

The air is expected to clear today as a cold front arrives in the city.