Tough curbs underscore its resolve to lower risks of conflict at its doorstep, say analysts

BEIJING - China's newly introduced trade sanctions against North Korea have been described as an unprecedented move, reflecting its commitment to curb the growing security threat from its communist neighbour.

The fact that China has rolled out its toughest sanctions against the North, despite potential damage to bilateral ties, also underscored its determination to lower the heightened risks of conflict at its doorstep, say analysts.

"However, as the Chinese government has put it, China will not tolerate North Korea's continuous pursuit of nuclear and delivery capabilities, which poses a serious threat to China's and the region's security," Peking University North-east Asian expert Wang Dong told The Straits Times. 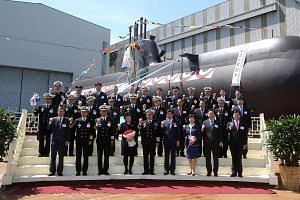 China's Commerce Ministry said on Tuesday that it will ban imports of coal, iron ore, gold, rare earths and other raw minerals from North Korea, with immediate effect, along with exports of jet fuel and other materials used by the North for rocket fuel production.

Analysts say China's sanctions are unprecedented in the areas covered and the potential impact. For instance, North Korea is not capable of producing jet fuel and imports it mainly from China, which means the ban will curb its military actions.

Sino-Korean expert Zheng Jiyong of the Fudan University in Shanghai told local media yesterday that Pyongyang will also suffer huge losses in trade revenue, citing how Chinese purchases of coal last year made up 42.3 per cent of the North's exports to China.

China's move made good its promise to support a resolution passed unanimously by the United Nations Security Council (UNSC) on March 2. Its aim is to deprive Pyongyang of funds for its nuclear and ballistic missile programmes after its fourth nuclear test in January and the launch of a long-range rocket in February.

North Korea's provocations have prompted Washington and Seoul to resume talks on deploying an advanced United States anti-missile radar system in South Korea. The prospect of having US hardware deployed on its doorstep has piqued Beijing.

But Sino-Korean expert Yu Yingli of the Shanghai Institute of International Affairs said it is unlikely that China's sanctions will unroll the proposed deployment of the Terminal High Altitude Area Defence (Thaad) system.

"The short-term objective of the Thaad for the US and South Korea is the North Korean threat, but the longer-term objective is China," she told The Straits Times.

To get China's support for the UNSC resolution, the US had reportedly accepted provisions to limit "adverse humanitarian consequences" for North Korean civilians. The Chinese Commerce Ministry listed exemptions for goods intended for "the people's well-being", although some believe the exemptions provide loopholes to continue propping up the North Korean regime.

China has often been blamed for its reluctance to support or implement tough sanctions against North Korea, fuelled by its fears of a regime collapse that might trigger a refugee flood or the prospect of American troops stationed on its border in a reunified Korea.

Its actions against North Korea since President Xi Jinping came to power in 2012 have, however, exposed a growing divide between the two Cold War-era allies. Mr Xi has not met Mr Kim Jong Un, who took control in 2011.

Some Chinese analysts predict possible "radical" reactions from the North. Peking University's Professor Wang said the international community needs to play its part, as he warned of the backlash from the North - with continued defiance or by playing members of the Six-Party Talks against one another. "So it is important that the international community stands united rather than divided," he added.