SEOUL (Reuters) - A South Korean cosmetic surgeon received a suspended 18-month jail term on Thursday (May 18) for fabricating records of his treatment of Park Geun Hye when she was president, the first conviction related to a scandal that brought her down.

Park, who was forced from office in March, is on trial for bribery in connection with an influence-peddling scandal that has also ensnared top members of South Korea's business elite.

The investigation of accusations that Park colluded with a friend to extort money from major conglomerates unearthed details of various cosmetic and medical treatments that she got without the supervision of her official doctors.

The cosmetic surgeon, Kim Young Jae, was convicted of lying to a parliamentary hearing into the scandal.

He had been accused of administering procedures on Park between 2014 and 2016 including Botox injections and not entering them in medical records, according to a team of special prosecutors who investigated the corruption scandal.

Kim's sentence was suspended for three years, so he would avoid prison, a court official said.

Kim admitted to the wrongdoing, his lawyer, Kim Beom Su, told Reuters. The lawyer said he would discuss with his client the possibility of filing an appeal.

The surgeon did not respond to reporters' questions as he left the court, media reported. 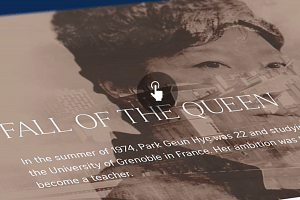 Kim's wife, Park Chae Yoon, was sentenced to a year in prison, the court official said, for bribing one of Park's presidential aides, An Chong Bum, and a former health ministry official to win support for Kim's overseas business.

The wife was not available for comment. Lawyer Kim, who is also representing the wife, said she too had admitted wrongdoing.

Former President Park is being held at the same detention centre where Samsung Group leader Lee Jae Yong, on trial for bribing Park and her friend, is also being detained.

Both Park and Lee have denied wrongdoing.

A snap election was called after Park was ousted and a liberal former human rights lawyer, Moon Jae In, won it to become president this month.