The United States and China could reach a deal to end the protracted trade war by the end of this year or early next year, panellists at a Straits Times forum said.

But they agreed that the rivalry between the world's two largest economies is here to stay, and the world will see "competition, cooperation and restrictive engagement" between the two countries for the years to come.

"There is still very strong interest in China to reconcile with the US," said Associate Professor Li Mingjiang of the S. Rajaratnam School of International Studies.

"They understand that it is premature for Beijing to confront and challenge the US," he said at the annual Straits Times Global Briefing yesterday, adding that if current trade tensions continue, they will worsen every aspect of their bilateral ties.

Within the US, politicians, businesses and think-tanks are pushing for "some sort of a deal", he added.

Agreeing, OCBC economist Selena Ling noted that US President Donald Trump has started his bid for a second term. "He has to have a few big wins within this year for the re-election campaign."

Meanwhile, China has realised it has to make more concessions, especially in the likely event it has to deal with Mr Trump for another four to five years if he is re-elected, she added. Last Saturday, Mr Trump and Chinese President Xi Jinping agreed to hit the pause button on the ongoing trade war in an 80-minute meeting at the Group of 20 Summit in Osaka, Japan.

The US will not place any new tariffs on Chinese imports and both countries will resume talks aimed at ending the trade fight that has roiled markets and hurt global growth.

Ms Ling observed that the trade war fallout has led central banks to start cutting interest rates to cushion their economies. "This will reduce the probability that there will be a trade war-induced global recession," she said.

As for Singapore, it could slide into a technical recession - which is defined by two consecutive quarters of slowdown - but she does not expect a full-year recession as yet.

Essentially, the Republic has been hit by a "triple whammy" - the general slowdown in the Chinese economy, which has been going on for several years; the trade war between the two giants; and a slowing global demand for electronics.

And given the high base of Singapore's growth - 3.1 per cent last year - "some sequential slowdown is very likely", Ms Ling noted. 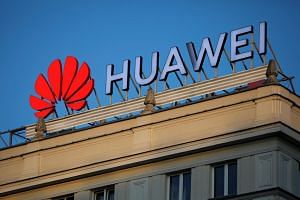 "As the threats are all external, there would be some space for policy easing, but probably not as strong as before."

While she expects a fairly benign scenario with the two major economic powers reaching a trade deal in the next few months, she does not see any attractive investment opportunities for investors for the time being. "The reality is, there are no screaming buys at this juncture," she added.

Putting the story of China's growth in perspective, Prof Li argued that its economy is set to expand at a healthy pace regardless of its relationship with the US.

"Basically, it is just too late and almost impossible for the US to contain China and stop China's rise now," he said.

He thinks China has the capability domestically to move up the value chain in its manufacturing and high-tech sectors despite the US' blockade, albeit it may take a longer time now.

"And you don't see any talk in China that China will actually close its doors and go back to Mao's era," he said, referring to the decades of isolation under Chinese leader Mao Zedong's rule from 1949 to 1976.