South Korea's unification ministry and sports and tourism ministry, however, both said they have no knowledge of the matter.

A South Korean government minister said on Friday that the proposal was made during Tuesday's (Jan 9) inter-Korean talks where North Korea confirmed it would attend the Pyeongchang Olympics following months of tensions over its nuclear weapons programme.

"We made various proposals including the fielding of a joint women's ice hockey team and a joint march into the Olympic stadium," South Korea's vice-sports minister Roh Tae Kang said, according to Yonhap.

The proposals were not made public at the time, but they heighten a sense of soaring optimism about the Games since the North confirmed its attendance during the rare, high-level talks on Tuesday.

Also on Friday, South Korea's unification ministry invited the North to further talks about the Olympics in the truce village of Panmunjom on Jan 15, a statement said.

A joint march at the opening ceremony would be a stunning statement for the "Peace Olympics", which will open about 80km from the heavily fortified Korean border on Feb 9.

The two Koreas, who are still technically at war, marched together at the opening ceremonies of the 2000 Sydney Olympics, the 2004 Athens Games and the 2006 Winter Olympics in Turin. North

Korea boycotted the 1988 Summer Games in Seoul, meaning Pyeongchang will be the first Olympics they have attended in the South. 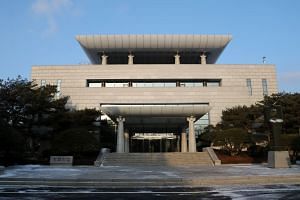 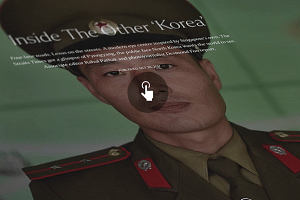 Inside the other 'Korea'

On Jan 20, both sides will meet at the IOC's Lausanne headquarters to discuss details of their participation. Only two North Korean athletes, figure skating pair Ryom Tae Ok and Kim Ju Sik, qualified for Pyeongchang, but they subsequently missed a deadline to register.

However, the IOC has said it will consider offering wildcards to North Korean athletes. Cross-country skiers and speed skaters are understood to be among those who could benefit.

Although they have marched at previous Olympics opening ceremonies - under the blue and white 'unification flag' - the two Koreas have never fielded a joint team at any multi-sport competition, such as the Olympics or Asian Games.

They previously formed unified teams in 1991, at the World Table Tennis Championships and the FIFA World Youth Championship both held that year.

"Even if we have one Korean team in women's hockey, we'll make sure it will not come at the expense of South Korean players," he said, according to Yonhap.

He added that Seoul was reaching out to other countries in the hockey competition to explain the situation. South Korea are grouped with Sweden, Switzerland and Japan in the women's tournament.