In the eyes of the establishment in Hong Kong, the term "localist" is one that many would fight shy of, given that it is often used to describe those who want the city to break away from China.

But Hong Kong's former financial chief, Mr John Tsang, has no problems being called a localist.

In a blog post two years ago, Mr Tsang, 65, gave the term a positive spin.

Instead of it being something destructive, it could become a "strong and constructive force" that binds society together, he noted.

Those remarks earned the Harvard-educated Mr Tsang, who has spent 34 years in government service, praise from the anti-establishment camp. 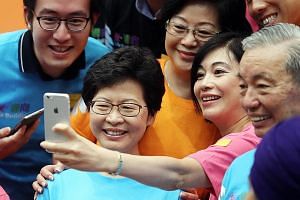 It is this conciliatory approach and deft touch, as well as his reputation for being honest, that have helped made Mr Tsang acceptable to the pro-democracy camp, which tends to be suspicious of pro-Beijing political figures.

What has not hurt, too, is Mr Tsang's approachable looks - in Hong Kong, he is popularly known as Mr Pringles for looking like the mascot of the potato chips brand.

It is no wonder that Mr Tsang has consistently been the front runner in opinion polls about the public's choice for chief executive.

Mr Tsang has also made efforts to cultivate an image of himself as someone loyal to Hong Kong.

He first revealed his interest in the leadership race on a radio show last July, and has been regularly updating his personal blog and Facebook account.

In his posts on social media, Mr Tsang said he is a supporter of the Hong Kong national football team and stood on the side of Hong Kong when it played against China during the World Cup football qualifiers in 2015. 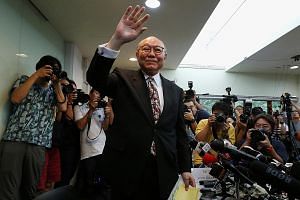 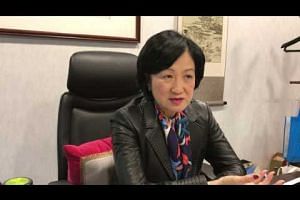 If Mr Tsang makes it a point to stress his loyalty to the city, it could be because the fact that his family moved to New York when he was 14 might make some question his commitment to Hong Kong.

At a press conference to announce his candidacy last week, Mr Tsang revealed that as a teenager in the United States, he often got into fights as he could not stand it when people insulted China.

The teenager went on to live for 17 years in the US and collected a series of degrees from well-known universities there.

He studied architecture at the Massachusetts Institute of Technology before obtaining a master's degree in bilingual education from Boston State College.

He later received a Master of Public Administration from Harvard University.

In 1982, he returned to Hong Kong with his wife and two children to join the civil service as an administrative officer with the encouragement of Mr Donald Tsang, whom he had met at Harvard and who later became Hong Kong's chief executive .

Now, like his Harvard pal, Mr Tsang may also have the chance to lead the city as its chief executive.

At a press conference on his candidacy last week, he called for a softer approach to governance, saying that "mere force and aggression" will not solve the city's problems.

For sure, his former government colleague and chief executive rival contender, Mrs Carrie Lam, is seen as Beijing's preferred choice for the top job.

But even as Mr Tsang tries to embrace people of different political views, he has also tried to reassure Beijing that he is one to be trusted.

At the press conference, he stated firmly that "China is the core of identity of Hong Kong people" and declared that there is "no room for independence".

Against the backdrop of a highly divided society, with growing calls for it to be separated from China, Mr Tsang has vowed to unite and rekindle hope for the city.

In an effort to burnish his image as a man of the people, he said at the press conference that he would give deep thought to what people tell him, and described himself as a good listener.

"I have done a great deal of soul-searching of late, and I can genuinely tell you that I am more determined now than ever to serve this city of ours," he said.

"In fact, more determined than what had urged me to return to Hong Kong in 1982."