HONG KONG - More Hong Kong stores are withdrawing their support for a popular brand of milk tea on Wednesday (Aug 24), after it was reported that all 7-Eleven outlets in the city pulled it off their shelves over concerns that the drink contains a food additive banned in Singapore.

A staff at a Circle K convenience store told The Straits Times on Wednesday night that the Chun Cui He milk tea has been removed and is no longer for sale.

The South China Morning Post also reported that the Wellcome supermarket chain has cancelled an order of 400 boxes of the milk tea from Taiwanese maker Bifido.

Chun Cui He, which comes in several flavours such as latte, is commonly sold in Taiwanese convenience stores and is a hit with tourists, including those from Singapore.

Hong Kong's 7-Eleven chain told The Straits Times on Wednesday it is checking if L-theanine, a forbidden food additive in Singapore found in the Chun Cui He milk tea, is safe for consumption.

The convenience chain store operator has stopped selling the milk tea after consumers questioned if the beverage is still safe for consumption following Singapore's decision to ban the drink on Tuesday. The company notified its staff on the same day to remove bottles of the beverage. 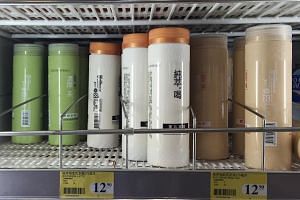 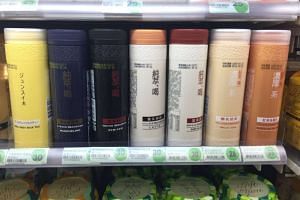 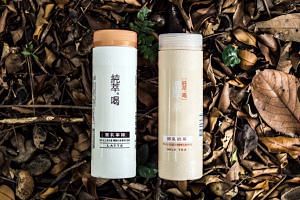 By Wednesday, all 7-Eleven's 1000 outlets across the city has stopped selling Chun Cui He milk tea, said a 7-Eleven spokesman.

"We stopped selling Chun Cui He milk tea after the Singapore Government banned it. It is to respond to the concerns expressed by our local customers as there is no clear guideline on the use of L-Theanine in Hong Kong. We are liaising with the supplier and Centre for Food Safety to clarify if such little amount of L-Theanine in the drinks is safe for human consumption," the spokesman said.

The Singapore Agri-Food & Veterinary Authority's (AVA) ban on the popular drink has sparked an online debate in Hong Kong with netizens questioning if stores in the city should still be selling it.

Ms Carrie Sui, 27, an accounts clerk said: "Since Singapore has found a problem with the drink, even if the authority here says it's safe for consumption, I wouldn't drink it anymore."

The 7-Eleven spokesman said the company had responded immediately to news of the ban and raised its concerns with the Centre for Food Safety (CFS), Hong Kong's food safety authority. Its stores are now keeping stocks of the milk tea in freezers, while the company awaits advice from the CFS to decide if it should continue to sell the drink.

The spokesman said the company has not decided if it will destroy all the drinks or return them to Bifido if the authority advises against selling them.

A 7-Eleven outlet staff said the store carries about five types of beverages from Chun Cui He, including coffee, but it is stopping only the sale of the milk tea.

Responding to The Straits Times' queries, the CFS said on Wednesday that "all food for sale in Hong Kong, locally produced or imported, should be fit for human consumption".

"Its (L-theanine) use is allowed in many places including USA, Taiwan, Japan and the mainland. Manufacturers should adopt good manufacturing practices during food production when L-theanine is being used," said the CFS spokesman.

The food additives, imported from Japan, is also legal under Taiwanese law, the milk tea's Taichung-based manufacturer Bifido said in a statement on Tuesday.

Bifido told The Straits Times that it was notified of the AVA recall only on Tuesday but is working with its Singapore distributor of Chun Cui He, Abana, to get L-theanine approved.

"We will be more than happy to provide any information that the AVA requires to get the product permitted," said the company.