SHANGHAI • With divorce cases on the rise, Chinese marriage counsellors say they are helping more couples find their way through troubled waters.

In recent months, marriage guidance counsellor Shi Xiuxiong has found his workload increasing to such an extent that he skips the traditional lunch, opting instead for a quick sandwich in the face of a deluge of clients seeking professional help.

The founder of the Good Catch Love Counselling Workshop in Shanghai, which specialises in providing assistance with relationship issues, is not alone. Many marriage counsellors have reported a noticeable rise in the number of couples seeking advice.

Figures from the Ministry of Civil Affairs show that last year 3.84 million couples ended their relationships, a rise from 2.87 million in 2011.

The trend is most obvious in China's largest cities. 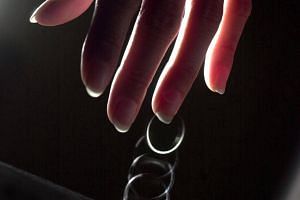 "Marriage counselling is relatively new in China. People only come to us when their marriages are on the verge of splitting up," said Mr Shi, who founded the workshop in 2012.

Counselling experts said extramarital affairs, personal differences and fractious relations with parents-in-law are the difficulties most frequently encountered by couples.

Counselling experts said extramarital affairs, personal differences and fractious relations with parents-in-law are the difficulties most frequently encountered by couples.

Despite that, they said, the purpose of marriage counselling is not to salvage the relationship at all costs.

"As counsellors, we stay neutral and open, and will never advise a couple to stay together or break up. That is a decision for them alone. Our role is to help them to see themselves and their most pressing needs more clearly, and to help them to figure out whether what they're doing is consistent with their ultimate goal," said Ms Lin Zi, who is vice-chairman of the Shanghai Psychological Counselling Association and founder of a psychological consultancy that bears her name.

For clients of counsellors such as Mr Shi, the guidance process usually involves three to eight sessions, each lasting one or two hours and costing about 800 yuan (S$164) per hour.

Mr Shu Xin, the director of the Weiqing Group, an agency based in Shanghai that provides counselling services in more than 40 cities nationwide, said roughly 80 per cent of his clients sought help after discovering that their partner had had an affair.

Ms Lin partly attributed the high incidence of extramarital affairs to the public's "excessive focus" on the pursuit of wealth in the past two decades as China's economy boomed.

Improved transportation as well as the development and rapid spread of communications platforms make it is easier than ever to have an affair, according to counsellors, who believe the frequent exposure of such behaviour by well-known figures in the entertainment industry is making the public less confident about marriage.

The lack of an appropriate way of dealing with differences between couples is another major problem, according to counsellors, who said every person has different needs and an important task in marriage is to seek common ground while putting aside minor differences and disagreements.