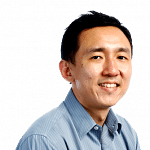 The name says it all.

When China unveiled the five new "theatre commands" of its military on Monday, it called them "zhan qu" in Chinese, or literally "battle zones".

This change from the original seven "jun qu", or military regions, underscores the main objective behind the rezoning - to win wars.

The reorganisation completes the last major change in China's biggest military overhaul in decades, after it previously announced the creation of new units and the cutting of troop numbers to streamline forces.

The latest changes are aimed at projecting China's growing prowess in response to its changing interests and geopolitical concerns. This is represented in both the structural and personnel adjustments, analysts told The Straits Times. "Under the old system, the military regions were in charge of personnel and administration, but the new structure frees them of that responsibility," Beijing-based military expert Song Zhongping said. "The new theatre commands are just in charge of combat. Their focus is on warfare."

President Xi Jinping on Monday inaugurated the five theatre commands - northern, southern, eastern, western and central - which replaced the seven military regions of Beijing, Shenyang, Jinan, Lanzhou, Nanjing, Chengdu and Guangzhou. Set up around 1949 and last reorganised in 1985, China's military regions were last focused on the north because of the Soviet threat at the time, and were defensive in nature, analysts say.

But in the 31 years that have passed, the People's Liberation Army's (PLA) structure no longer reflected its function or firepower, as the focus of China's geopolitical concerns shifted to the South China and East China seas, as well as China's western region. These areas are seen as key to China's strategic and economic interests. "The new zones are more focused on military exercises and projecting China's forces and power," noted Hong Kong-based analyst Willy Lam.

To that end, the PLA has placed experienced leaders at the front line. Two generals with war experience - Gen Liu Yuejun and Gen Zhao Zongqi - were named as the commanders of the Eastern and Western commands respectively.

The new emblems of the five new theatre commands also capture the integration of the PLA's services. A traditionally land-based army, the old emblem had only the symbol of rifles, which represents the army.

The new one, however, also includes wings, an anchor and a missile, meant to represent the air force, navy and rocket force respectively. The other services are expected to play increasingly important roles for the PLA, as it seeks to expand its areas of influence beyond its shores.

But China's military reforms are likely to worry its neighbours, at a time when it has become more assertive in territorial claims.

Although Defence Ministry spokesman Yang Yujun on Monday said that China would maintain its "defensive national defence policy" following the latest reorganisation, an editorial in the nationalistic Global Times yesterday asserted the military overhaul will enable China's peaceful development to "gain more respect from the outside".

A big power that "is capable of fighting in a war but not obsessed in launching wars fits the common interests of all mankind", it wrote.

The speed of the military reforms - which many would have thought impossible - has also highlighted the firm grip Mr Xi has managed to impose on the military during his brief time in command.

Still, the domination of land commanders in the new set-up - all five leaders of the new theatre commands are from the army - suggests a balancing act is still required. With leadership interests at stake, experts are still expecting resistance within the PLA, as it transitions towards establishing a joint operational command structure by 2020.

"A smooth transition is needed for restructuring organisation at present," said Taiwan-based military expert Arthur Ding. "But appointing a naval official to head the East and South battle zones cannot be ruled out in the future."

A version of this article appeared in the print edition of The Straits Times on February 03, 2016, with the headline Military rezoning shows China's focus is on winning wars. Subscribe