BEIJING - Global trade will be harmed if countries follow the example of the United States, China’s foreign ministry said on Friday (March 2), after US President Donald Trump said he would impose tariffs on imported steel and alumunium to protect US producers.

But analysts The Straits Times spoke to said the impact on China will not be great and Beijing is well-prepared for it. They noted, however, that the timing of Mr Trump's announcement is seen as a move to apply pressure on Beijing.

"If all countries follow the example of the United States, this will undoubtedly result in a serious impact on the international trade order," she said at a regular news briefing.

Mr Trump announced on Thursday (March 1) that the duties of 25 per cent on steel and 10 per cent on aluminium would be formally announced next week. He believes the tariffs will safeguard American jobs but many economists say the impact of price increases for consumers of steel and aluminium, such as the auto and oil industries, will be to destroy more jobs than they create.

The announcement coincided with the visit of Chinese senior official Liu He to Washington. The top economic adviser to Chinese President Xi Jinping is in the US to discuss trade and economic cooperation between the two countries and the visit is seen as efforts to lower trade tensions.

When asked about the discussions, Ms Hua said Mr Liu had constructive exchanges on economic issues with US officials on Thursday.

According to a research report on China-US trade relations released by China's Ministry of Commerce in May last year, the volume and amount of steel exports from China to the US were 1.18 million tonnes and US$1.7 billion (S$2.25 billion), representing a year-on-year decrease of 51.5 per cent and 40.1 per cent respectively.

"Therefore China's steel exports have little impact on the US steel industry," the report said.

China ranks 11th in the list of top steel importers to the US and Chinese steel accounts for only 2 per cent of US steel imports.

Mr Mei Xinyu, a researcher at China's Ministry of Commerce, told The Straits Times: "The US has never been the main market for China's steel and aluminium export. The impact of (these extra tariffs) on China is small."

But he noted that Mr Trump made the announcement during Mr Liu's visit to Washington. 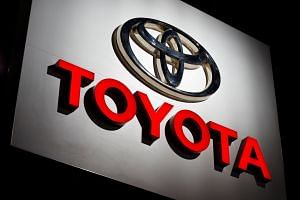 "Mr Trump chose this timing of Liu He's visit to make this announcement in order to apply pressure on China to gain an upper hand in negotiations," said Mr Mei.

"Such tactics may scare small countries, but China is a big country and it has seen many of such moves over the past 30 years," he added.

"China is prepared to adopt any policies that are at its disposal," he said.

Agreeing, Dr Yuan Gangming, economist from Tsinghua University, said the latest US move is not new.

"China is very well-prepared for such trade actions. This is not new and China has faced this from the Obama administration and other countries prior to US President Donald Trump's latest move.

"China's steel and aluminium sector is heavily tied to the domestic property sector. A vast proportion of its production is for domestic consumption. Exports make up a very small share. It doesn't care much about this."

According to data from the National Bureau of Statistics, China produced 831.73 million tonnes of steel in 2017, of which 5.67 million tonnes were exported.

China, the world's top producer of aluminium, produced 32.27 million tonnes of the metals in 2017, and exported 4.79 million tonnes.