Flexi-work, shorter hours among initiatives offered by govt and firms

Japan's largest advertising firm Dentsu will soon go to court over the Christmas Day 2015 suicide of a young employee who had been overworked and bullied.

The karoshi case is now a cause celebre epitomising the deep- rooted culture of workplace malpractice in Japan, while galvanising a fledgling movement to promote progressive practices at work.

Several companies have taken the lead in offering a four-day work week, with employees clocking the standard 40 hours a week over four 10-hour days instead of five eight-hour days.

Other arrangements to allow shorter work hours, tele-commuting and flexi-work are now more popular as companies strive to upkeep employee morale and prevent talent attrition, with the job market at its tightest in decades.

The government has also stepped up: It wants public servants to knock off on time on Wednesdays and Fridays, while the Premium Friday scheme urges firms to let their staff leave work at 3pm on the last Friday of the month. 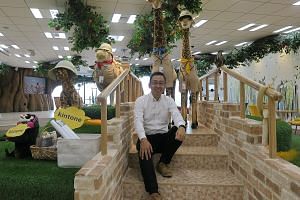 IT developer and ginseng farmer - at the same time 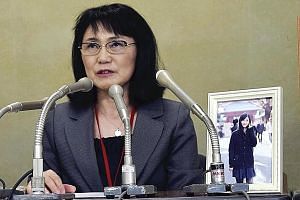 Employees in Japan are on the clock - but off the record

Many firms have long been offering variants of the incentive, including Fast Retailing - parent company of fashion store Uniqlo - and tech firms Cybozu and SignalTalk.

IBM Japan has offered reduced hours since 2004. Employees may choose to work either 60 per cent or 80 per cent of the standard 40-hour workweek, with their salaries pro-rated accordingly.

Company spokesman Kazuhiko Suyama said this was to support the career and skills development of prized employees. Dozens of staff have chosen to work shorter hours in order to tend to their children or elderly parents, while three people with disabilities are also on board the scheme.

Software firm SignalTalk has various schemes including teleworking. Spokesman Mie Unno told The Straits Times the initiatives have helped to retain talent, including someone who wanted to quit to take care of his elderly parents.

"At first there was concern the schemes will lead to a reduction in our business output," she said. "But it places trust in our professional employees, and they value the self-management system."

The government hopes to encourage a better work-life balance through Premium Friday, which also urges workers to loosen their purse strings to drive consumption.

Mr Riki Ohtake of the Ministry of Economy, Trade and Industry that runs the programme told The Straits Times that early signs have been encouraging, and the initiative is not just a flash in the pan.

In the five campaigns since the February launch, the number of participating firms has grown almost four times from 136 to 537, involving an estimated 710,000 employees. Although the firms include big names such as Nissan and Sumitomo Mitsui Banking Corp, most are small and medium-sized enterprises.

Department stores like Daimaru and Takashimaya have seen a spike in earnings on Premium Friday, and the number of retailers offering discounts or promotions has risen 60 per cent to nearly 7,500.

Mr Ohtake noted the operational difficulties expressed by some industries. But he said: "We would like to convey the philosophy behind Premium Friday so that such companies, too, can take up reasonable measures."